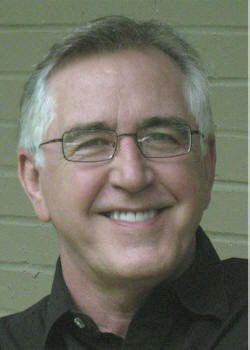 We honor our friend Paul Brett Johnson (1947-2011) in this summer issue of Still: The Journal since we were recently reminded of his sudden and tragic death eight summers ago. Paul Brett was a painter and children’s book writer/illustrator who grew up in the small town of Mousie, Kentucky, in Knott County. He was asked once in an interview to locate Mousie. He said: “Mousie is over there around Onion Blade, Dismal, Possum Trot, Sassafras, and Right and Left Beaver. But, if you haven’t been to Knott County, you may not be able to locate those places, either.”

That response was quintessential Paul Brett Johnson, a man of deep humor, good will, and immense artistic talent who honored his mountain upbringing in his work. Because he showed talent as a young child, his parents secured art lessons for him, and he made drawing and painting his life’s work.

After nearly a decade of trying to break through in the children’s book market, he finally saw success in 1993 with the release of The Cow Who Wouldn’t Come Down,  a School Library Journal Best Book, an American Bookseller Pick of the Lists, and one of the New York Public Library's "One Hundred Books for Reading and Sharing." He eventually produced two companion books of these funny, outrageous tales of a farm woman and her adventurous animals, The Goose Who Went Off in a Huff, and The Pig Who Ran a Red Light. His art was whimsical, colorful, and full of motion that delighted children and adults alike. He was most fond of giving animals a sly (and hilarious) sense of humor and keen intelligence—traits that often matched his own. Eventually he wrote and illustrated over 20 books for children and served as illustrator for several other children’s book writers including George Ella Lyon, James Still, and Margaret Hodges.

We celebrate the legacy of this prolific artist and writer with a gallery of some of his best book covers. (Click the images below to enlarge.)

Visit all of Still's Featured Artists