Two excerpts from The Service of Song,

Jim Clark is the Elizabeth H. Jordan Professor of Southern Literature and Chair of the Department of English and Modern Language at Barton College in Wilson, North Carolina.  His books include Notions: A Jim Clark Miscellany, Dancing on Canaan’s Ruins, Handiwork, and Fable in the Blood: The Selected Poems of Byron Herbert Reece.  He has also released a CD of original poems and Appalachian folk music, Buried Land, and two CDs, Wilson and Words to Burn, with his band The Near Myths.  His current project is a CD of his musical settings of the poems of Byron Herbert Reece titled The Service of Song.

Still asked Jim to provide some background information on these two musical settings. Here is Jim's statement about The Service of Song CD project.  Following the two video clips is Jim's short biography about Byron Herbert Reece, "the bard of the North Georgia Mountains."

In the summer of 2009 my friend and former colleague at the University of Georgia, Coleman Barks, asked me if I had ever set any of North Georgia poet Byron Herbert Reece’s poems to music.  He knew that I had edited Reece’s selected poems, Fable in the Blood, for the University of Georgia Press, and also that I had long been interested in the connection between music and poetry.  I said no, I had not, but then immediately began wondering, “Well, why not?”  So I selected one of Reece’s best known ballads, “Lest the Lonesome Bird,” and sat down with my guitar.  To my amazement, I quickly turned the poem into a song with a tune I liked quite a bit.  The words almost seemed to call up the music.  I figured this was most likely a lucky fluke, but I pushed on, choosing next one of Reece’s best known lyric poems, “I Go by Ways of Rust and Flame.”  This is a rather short poem, and so I had to work a little harder to shape it into a song of average length, but I enjoyed the work and was again very satisfied with the music.  Before I knew it, I had a dozen songs completed!  I was determined not to alter Reece’s words; I did not want to “adapt” the poems into songs, I simply wanted to set Reece’s actual poems to music.  And so most of the songs on The Service of Song – the title I chose for the collection which is the title of one of Reece’s poems – are simply Reece’s poems, word for word.  In a few cases, I turned a verse or a passage into a repeated chorus.  I have now finished recording the songs, assisted by various musical friends of mine, and expect the CD will be available in October, 2010.

Byron Herbert Reece is unquestionably the bard of the North Georgia Mountains, but his scope and his appeal are much wider.  Though Reece was a product of and participant in his tiny community of Choestoe, his solitary nature as a writer, exacerbated by his tuberculosis, along with his wider experience of the world as a professional man of letters, afforded him a larger and more objective perspective on his community.  His poems and novels together comprise a richly detailed narrative of an Appalachian farming community confronting the modern world as seen through the penetrating eyes of an intimate stranger.  Would Reece have appreciated these musical settings of his poems?  I can’t say.  Thankfully I don’t have to fear his judgment, which could sometimes be pointed.  I’d like to think maybe he would hear in some of them echoes of the old hymns and ballads he loved as a child.  At any rate, I hope they do his life and his art some useful service.

I go by ways of rust and flame
Beneath the bent and lonely sky;
Behind me on the ways I came
I see the hedges lying bare,
But neither question nor reply.

A solitary thing am I
Upon the roads of rust and flame
That thin at sunset to the air.
I call upon no word nor name,
And neither question nor reply
But walk alone as all men must
Upon the roads of flame and rust.

The Stay-at-Home
By Byron Herbert Reece

The fields of Hughly held him,
The land where he was born.
With fence to mend and cows to tend
And care of wheat and corn
He had no lief to wander
Beyond his place of birth,
But often he would ponder
The luring lands of earth.

He loved the fields of Hughly
And every hill that stood
To bind him in with other men
Like him in bone and blood,
Who often thought of going
But had the will to stay
And turn them to their hoeing
When cocks crew up the day.

Yet as the gypsy-hearted
Hearken when distance sings,
The sounds he most regarded
Were all of passing things:
Swift waters flowing,
Winds to westward blowing,
Footsteps outward going
And wild, wandering wings.

The Service of Song

For this is the service of song
To brighten the dim

Coin of a kingdom whose king
Lies centuries asleep,
To render the humblest thing
To memory’s keep.

Byron Herbert Reece was born in 1917 in a cabin on a small farm near Choestoe, in Union County, Georgia.  From the mid 1940s to the mid 1950s he published four books of poems and two novels, all with E.P. Dutton in New York, and all receiving generally favorable reviews.  Syndicated reviewer Edward M. Case in a 1955 review declared, “It seems to me that with the exception of Robert Frost, Reece is our greatest living poet, and even Frost is not so pure a lyricist, nor as strong and lonely a voice.”
Reece’s mother and father had contracted tuberculosis by the mid-1930s, and Reece faithfully tended their 147 acre mountain farm, even while accepting visiting writing positions at the University of California at Los Angeles, Emory University, and the University of Georgia.  Reece was never able to reconcile the exhausting physical demands of farming with the time and energy his literary career required of him.  He addressed this conflict humorously in an article he wrote for the Atlanta Journal Magazine:  “Once while I was writing my first novel, I happened to remark to a correspondent that I had been plowing potatoes.  She wrote that I should concentrate on the book.  ‘Anybody can plow potatoes,’ she said.  ‘Anybody can plow potatoes,’ I wrote in return, ‘but nobody is willing to plow mine but me.’”  Reece’s exasperation with his situation is apparent in a 1952 letter in which he says simply that farming and writing both “make too many demands on your energy and time.”  He eventually contracted the tuberculosis that killed both his parents, which further sapped his energy.  Depressed by his deteriorating health and the prospect of hospitalization and dependency, he took his own life on June 3, 1958, in his quarters on the campus of Young Harris College, in Northern Georgia, where he was teaching at the time.  He was 40 years old.
Reece’s biographer Bettie Sellers recounts that Reece remembered his parents attending song fests where local people “would congregate at the home of someone, preferably a person of good voice who knew a lot of songs, and sing away the Sunday afternoons."  He also remembered his mother’s pure, clear voice singing lullabies, some of which he later learned derived from the Child ballads of England and Scotland.  As an adult, though, Reece seemed to prefer Classical music, and he would often speak of the pleasure he took in listening to it on the radio and later on phonograph records he would save his money to purchase.  Several of Reece’s own Christmas poems were set to music by Kenneth Walton and published by Boosey and Hawkes during his lifetime, and near the end of his life he worked on the libretto for an opera based on the traditional ballad “Mattie Groves” in collaboration with John Vincent, director of the Department of Music at UCLA, where Reece had once served a stint as Writer in Residence. 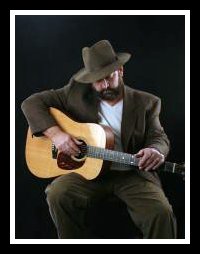