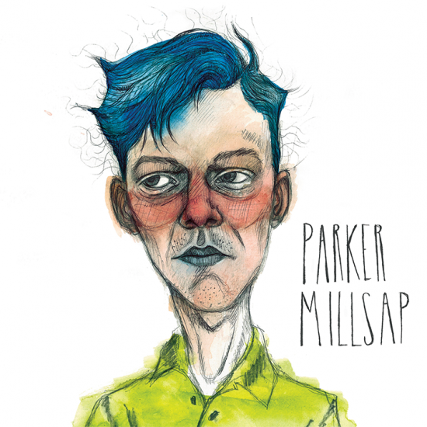 His biography on his webpage says only: “Parker was born. He now sings and writes songs.” Perhaps that is all one needs to know about Parker Millsap, but here’s some other information about the young singer-songwriter we thought worth sharing:

He was recently nominated for the 2014 “Emerging Act of the Year” Award by the Americana Music Association along with Hurray For The Riff Raff, St. Paul & The Broken Bones, Valerie June, and Sturgill Simpson.

This year the 21-year-old Oklahoma native is touring with Old Crow Medicine Show, Patty Griffin, and Jason Isbell in support of his self-titled debut release, which includes the haunting “Old Time Religion.” In an interview published by his media company, Millsap says he is not criticizing the church (he grew up in the Pentecostal church) in “Old Time Religion.” “I already have a guilty conscience,” he says, “which only gets magnified when you are brought up in that sort of environment, and it can do weird things to you. My songs show what happens to people when things go wrong within that belief system, and they are unable to handle it. . . . It’s up to the listener to figure out where they sit. Whether they’re questioning faith, or very devout, will certainly color their judgment. Some people think I’m being cynical about religion, while others praise me for showing the love of God. Then there are those who appreciate my objectivity in leaving the decision to them. Most of my favorite pieces of art don’t try to attach any moral.”