All I can see of my dad are his legs sticking out from under his bright blue Camaro, knees bent, oil-dark coveralls. The car is as old as I am, and I am seven. It is a bright Saturday afternoon and he said he would play with me in 100 minutes. I have been languishing, counting by Mississippis, scuffing around the driveway, stripping the needles from a piece of yew. At last I say, time’s up – but it wasn’t. At the end of the driveway, eyes hot, I crush the yew’s berries into poison jam. 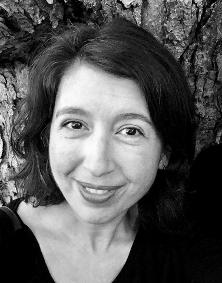 Randon Billings Noble is an essayist. Her collection Be with Me Always was published by the University of Nebraska Press in 2019 and her anthology of lyric essays, A Harp in the Stars, was published by Nebraska in 2021. She is the founding editor of the online literary magazine After the Art and teaches in West Virginia Wesleyan’s Low-Residency MFA Program and Goucher's MFA in Nonfiction Program.