Only Thing He Ever Gave Her by Silas House

Never knew her daddy, never gave a damn either, she’d say, drawing hard on her cigarette, the ember sizzling, brightening. Did, though. Did. When she was big with her first child, word came to her that he was nigh death. She knew where he lived. Always had.

So she raced her powder blue Falcon along the lovely curves of the road through Rockhouse, passing the diner and the courthouse and the drug store in Hyden, past Owl’s Nest and Hurt’s Creek, past Avawam and the mouth of Laurel Branch, the road winding past all of the little houses and creeks and filling stations, past the mountainsides and dripping cliffs and children playing in the yards, past the miners coming off their shift with their coal buckets catching the glint of sun, on through Happy Valley and off the blacktop now, on gravel, then slate, then dirt, the dust rising in great billowing clouds behind her, and then she was in Grapevine. Mountains steep as calf faces on either side of her. High summer and the smell of wild grapes caused her mouth to water.

When she arrived at her father’s house there were dozens of big tomatoes lined up on the porch railings in different states of ripeness, from a hard green all the way to a bursting red. But mostly they were all ready. She was so nervous she grabbed the ripest one and before she knocked on the door, she bit into it like an apple. The juice ran down from her mouth and she paused only to wipe her forearm across her chin. She savored that tomato’s magic with her eyes closed. Stood there on the porch and devoured the entire fruit. Threw the core into the yard when his woman appeared at the door, moving slow as molasses in January, eased the door open so slow that she wanted to holler Come on, heifer, I got thangs to do. The old heifer—that’s all she and her mother had ever called the woman—who had taken him away from them but he was the one who left. He was the one she blamed.

Then Old Heifer showed her to the shadowy bedroom where he was propped on several pillows, gasping for breath, grasping for her hand, and lord the smell of death was in that room, the smell of lungs rottening thick and yellowish-brown and so sticky she had to clear her throat to choke it down, to swallow it whole. She took hold of his gnarled fingers, looked into his watery eyes while he apologized. She listened, nodded, squeezed his hand. There was nothing else to do. You go on now, she thought, releasing him. She had driven here more for him than for her but she didn’t need to tell him that.

Back outside, she gulped the gloaming’s heat, stood on the porch so long his greasy-haired old woman tired of watching from the window and trudged back to his deathbed. Found a cardboard box by the door and gathered up the tomatoes. Every damn one of them.

She glanced at them occasionally, propped there on the backseat as she drove the treacherous road toward home. She searched for a good song on the radio, past all the static and preaching, past the new rock n roll station (not in the mood) until there it was, perfect: Marty Robbins, “Singing the Blues.” She knew every word. She squared her shoulders and tapped her finger on the steering wheel to the beat and sang along. She looked straight ahead the whole way, pushing the car as hard as it could go around the curves, the wheels squalling, the gearshift cool in her hand when she changed from second to third and back again.

In her kitchen she put the apron over her head. She was too big around to tie it. She put the green ones aside. She took all the ripe tomatoes and boiled them, skinned them, turned them to juice. Just as she turned the lid on the last jar her water broke and she never did use that tomato juice. Sometimes on blue days long after the baby was born she would go in the root cellar and stand in the scent of earth and look at the jars, lined up in a row. Pretty as could be, red as blood. But she left them standing there alone, untouched, always. 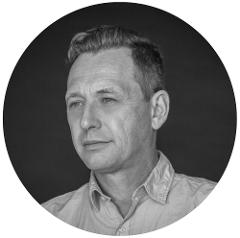 Silas House is the New York Times bestselling author of six novels.  His work has appeared recently in The Atlantic, Time, The New York Times, Garden and Gun, Ecotone, and many other publications.  He is the NEH Chair at Berea College and serves on the fiction faculty for the Spalding School of Writing.  His Appalachian Trilogy was reissued last year from Blair and his seventh novel will be published by Algonquin next year. “Only Thing He Ever Gave Her” is from a collection of essays about his aunt’s life. Other essays from this collection have appeared in Kudzu and The Pikeville Review.