My daughter got lost on her way to her birth. She took the wrong turn and, instead of expanding my pelvis and arriving, she lodged herself in the joint of my hip – spread it until her head was wedged, until the previously fluid movement of my joint had become a creaking walk of pick leg up, put leg down. Thus stuck, she put her thumb in her mouth, closed her eyes and contented herself to remain there.

A week after she is due to make her appearance, they tell me this. They show me her head, on ultrasound, curving to fit into the wrong joint. They tell me there is nothing they can do to fix this, naturally. She is stubborn, happy to remain in her warm, wet home. She will have to be removed, the way they remove tumors, the way they remove the appendix that is no longer welcome. She will not be born, she will be taken. They have to take her. She has chosen the escape hatch rather than the process of birth.

I argue, but they will not be dissuaded. They are positive that this is what must be done in order to prevent the unforeseen – as they have told me times before, you will die. Your daughter will die. They always think that someone will die. They tell me there is always next time, that there is nothing noble about trying to be “natural.” Perhaps they think I am foolish, to wish such things upon myself. That I would rather push for hours than spend five minutes curled into myself while they find the sweet spot on my spine and push a needle into it.

They open me at ten a.m. and a minute later, there are shrieks. She is here, she is fine, but when they bring her to me, I am unable to move my arms and cannot hold her. Her father goes with her and I am alone, in an OR. The doctors are talking about their vacations while they put staples into my uterus. I am told later, that when I panicked, seemed confused, I was given something to help me sleep.

I am left alone with a five inch gash running between my hipbones. When it heals, finally, it is a neat scar, barely noticeable on the outside. When it is touched, it is numb and the inside feels knotted and stiff.

My daughter curls her toes into it while she sleeps now, eight months out, her head tucked under my chin. She is reminding herself, perhaps, of her hatching, trying in some secret and undefinable way to be that close again. Dreaming of her first and early home. Of the first quickening, so long waited for, when she ran her little fists along the inside of my ribs like butterfly kisses, that quickly turned into violent jabs to kidneys. Of the hiccups and flip flops. She remembers.

I remember, too, when sitting still too long, the rub of my pants against the numbness of her hatching. The stretch and ache of it. I wonder, in twenty years, when she hates me because that is what teenager daughters do, if she will still dream of it. If we don’t all dream of the aqueous home we began in. Will my secret still ache when she is away from me? If there are others that come after her – escape hatches of their own or otherwise – will this first fruit of mine remember the beating of my heart from the inside? The calm moments with a hand rested on her growing body, my voice distorted by the fluid surrounding her eardrums? 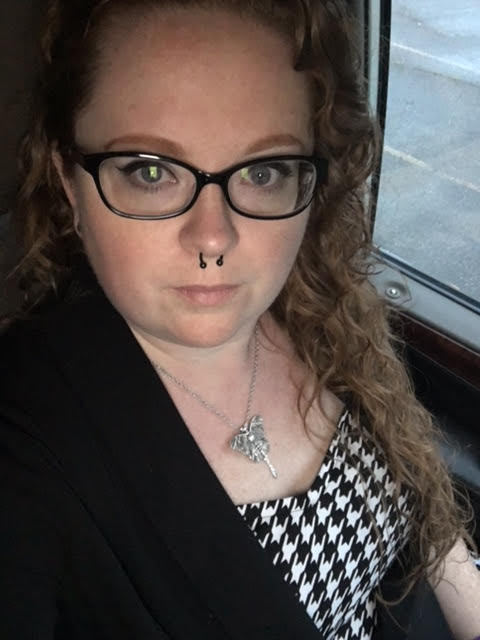 Jessi Randall is a writer and one of the nearly-the-last graduates of Murray State’s MFA in creative writing program. She is currently working through the transition to motherhood and the lack of independence it results in with her writing. She is currently teaching English to high schoolers in Western Kentucky where she lives with her partner and children.