I
Power
We didn’t know how to grieve, so I did what I do: kept us busy. That’s why we crossed the bridge into Ohio, Mom and I, and aimed for the fairgrounds. Parked in a lumpy field. The heat was oppressive and we linked arms and trudged through dry grass. Should have worn hats, the sun blistering the tops of our heads. Hay bales rimmed the grounds and served as seating. Dancers were already center stage wearing headdresses and leggings and breechcloths. A drum circle reset my heart’s rhythm. Outside the bales, stands sold frybread and beaded earrings and dreamcatchers. But also hotdogs and hamburgers and pretzels.
I bought Mom a drink and found a bale where we sat thigh to thigh—we were both clingy that summer, unbalanced. A slight wind would have tipped either of us over. I wished for a breeze as we sweated in the heat, sipping tart lemonade, as children raced back and forth. Mom’s eyes followed them. She always loved children. I was more taken by the three old men in full regalia sitting on the bale beside Mom. I don’t know how they endured the heat. I’d seen the sign: DON’T TAKE PICTURES WITHOUT ASKING PERMISSION. I was too shy to ask. Didn’t want to leave Mom’s side. Suddenly spouseless, she might topple over without me butted up against her. I slid my camera from my purse, discreetly aimed, and hoped the men were in the frame, since I didn’t dare look through the viewfinder. Click-click-click. They didn’t turn toward the sound and I slid the camera back in my purse, undetected.
Weeks later, when the developed pictures came back in the mail, I found the field centered with tribal flags, several distant dancers, tents with Native wares, all permitted shots. The pictures of the three men, however, were covered in smoky wisps, as if light had leaked onto the film, but only on those three frames. Deserved punishment for my disrespect from those men, or maybe from my finger-wagging father.
II
Powerless

Below us, from the plane window, hundreds of trees downed by the 2012 derecho that knocked electricity out in most of West Virginia. Don and I flew away from our powerless house, powerless to do anything, especially in that heat. Plus, the trip was already planned. We rented a car in Minneapolis and started the loop that would clear six states off our map: Minnesota, the Dakotas, Nebraska, Wyoming, Montana. In our first hotel, we indulged in AC and hot morning coffee.
Decades earlier, my sister cleaned rooms in The Travelers Motel in Huntington, an L-shaped, single-story motor lodge with a stone façade painted yellow. Ten tiny rooms likely accommodated whole families when road trips were still novel. By the late-seventies, when she worked there, it was a dump, the guests’ residue disgusting, feces smeared on the walls. Whether human or dog she couldn’t say. It’s even dumpier now, a long-term rental I gawk at when I’m stopped at the red light on Route 60. Plywood covers slots where window AC units had been. Bedsheets and oversized flags for curtains. Sun-bleached plastic chairs out front. Weeds for landscaping. I’m especially drawn to the lone men who occasionally slip from their rooms and head to Jolly Pirate next door. Down-and-out older men. Maybe they sat at the counter with my father who used to drink coffee there. But no. He’s been gone too long. I wonder how these men landed there, especially the one I occasionally see pushing a walker across the gravel parking lot. No easy feat. Perhaps he has children missing him, or not missing him one bit.

In West Virginia, the housekeepers are often wiry white women. In the deeper south, usually Black. Texas, mostly Latinx. On that trip to the northern plains, many were Native. It’s a commentary on the nature of available work for women of whatever hue.

After reading Barbara Ehrenreich’s Nickeled and Dimed: On (Not) Getting By in America, I try to make light work for hotel housekeeping. Or maybe it started after Chris relayed her exploits in The Travelers Motel. At the end of my stay, I’ll collect all my trash into one bin, wipe down surfaces, pile used towels in the tub. In West Virginia, the housekeepers are often wiry white women. In the deeper south, usually Black. Texas, mostly Latinx. On that trip to the northern plains, many were Native. It’s a commentary on the nature of available work for women of whatever hue.

Back on the road in our rental, we headed to the Badlands, as eerie as I’d hoped. Bald hills striated white, pink, and gold, so different from the verdant Appalachians—strip-mined peaks notwithstanding—but beautiful nonetheless. A man at an overlook let me peer through his binoculars at a herd of bison grazing below in the distance, a skimpy remnant of the thirty million that once roamed the central plains. Though it’s true I wanted to see this spooky landscape, visiting the Badlands was a proximal ruse.

When I taught early American lit. I included selections from Native orators and writers: Red Cloud, Chief Joseph, Zitkala-Ša. Black Elk’s account of the Wounded Knee Massacre. That’s why I wanted to go there. Not to gawk, but to pay respects, head filled with images of the dead frozen in snow: Sioux men, women, and children, many mowed down by the Cavalry’s Hotchkiss revolving cannons on that 1890 day. The bodies were unceremoniously dumped in a mass grave.

We had to drive through Pine Ridge Reservation to get there, and I said more than once: “This could be West Virginia.” Dusty roads lined with sun-bleached trailers and slap-dash houses. Junked cars and appliances in the yards. Mutts milling aimlessly. I felt bad for saying it, for thinking it. Sucked back into my father’s car when he drove us by those shotgun shacks near the railyard in The Patch. I’ll leave you here!

I also felt bad for having the means to run away from the derecho’s destruction. An inconvenience, not a way of life. That’s in part why I overpaid for the dreamcatcher and beaded necklace from the Native woman selling them at the Wounded Knee Memorial on Cemetery Hill, the site of that mass grave. What else could I do, with a baby on her hip, as we stood on the very rise from where those Hotchkiss cannons had been fired? My mother would have held her arms out for that baby. My mother-in-law would have tucked a few bucks into the mother’s palm. I didn’t regret overpayment even after an official sauntered over to tell us to buy authorized goods only from the giftshop.

It was meant to be a way to dip our toe into Nebraska and check it off our list. Whiteclay was just a dot on the map, a one-street town of a dozen weather-worn buildings and ten inhabitants, according to the 2010 census. Badlands of a different kind that sold four-and-a-half million cans of beer per year. That’s a lot of beer for ten people. The residents of Pine Ridge two miles north did most of the buying, since selling alcohol on the reservation was prohibited.

I didn’t want to see what I was seeing outside the four beer-selling establishments—all white owned. Clusters of Native men, mostly, slumped over on curbs, some passed out, drunk. We never want to see stereotypes come to life. See? The damning blanket thrown over whole peoples. It’s not racism, the white county commissioner said in defense of those liquor stores eager to make a profit off alcoholism. It’s just good old American supply and demand. I didn’t take any pictures of those slumped-over men. Didn’t pull out my camera to clandestinely aim and shoot. Even if I had, I doubt the pictures would have come out cloudy like the illegal ones I took of those regalia-clad men at the pow wow years before. In their present state, those inebriated men likely didn’t have enough power to fog film.

The images shot me back to store vestibules in downtown Huntington where I’d seen homeless folks hunkered down against the elements, or passed out. Or drunks shambling around outside the City Mission. They weren’t allowed inside under the influence, so they’d bounce off the outer walls. More recently, though, it was individuals OD’d in gas station bathrooms that made the nightly news, whole clusters Narcanned back to life in shooting galleries. The Sackler family who owns Perdue Pharma made millions over-peddling OxyContin in West Virginia—the drug that jumpstarted thousands of habits. In a ten-year period, nearly twenty-one million pills were sold in Williamson, population thirty-two hundred. The Sacklers don’t have to crash in vestibules and shooting galleries. They live cushy lives in Boca Raton.

In their book, Days of Destruction, Days of Revolt, Chris Hedges and Joe Sacco spotlight four American regions they refer to as sacrifice zones. Whiteclay is one of them, as is Welch, West Virginia. These are areas of the country that have been used up and spit out in the name of capitalism, natural resources and people’s health gobbled up, profits often funneled out of state. Once drained, the residents are abandoned, left in environmental and existential crises. Alcohol salves the ache. As do drugs.

It’s a despairing reality that’s hard to look at head on.

Whiteclay was hard to look at and I was eager to leave. Lucky for me, I could.

As we drove away, I fumbled with the map, told Don to take a right here, a left there. We aimed for the next state line, the next reserved hotel, where women were no doubt at that very moment going floor by floor, room by room, stripping sheets, wiping surfaces, vacuuming. Backbreaking labor in the service of people with means. 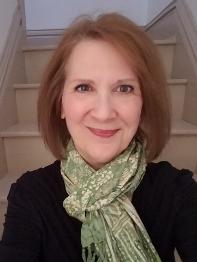 West Virginia native Marie Manilla is a graduate of the Iowa Writers’ Workshop. Her novel, The Patron Saint of Ugly (Houghton, 2014), received The Weatherford Award and was the 2021 One Book One West Virginia selection. Shrapnel (River City Publishing, 2012) won The Fred Bonnie Award for Best First Novel. Stories in her collection, Still Life with Plums (WVU Press, 2010), first appeared in the Chicago Tribune, Prairie Schooner, Mississippi Review, and other journals. Her essays have appeared in Word Riot, Cossack Review, Hippocampus, and elsewhere.