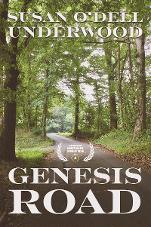 There are things a reader brings to the page, and things the page brings to a reader. I bring the isolation that come with depression and trauma, along with the things I am afraid to know or don’t want to face. I bring the memory of a time I was expected to sing and could not. I bring a strong sense of place and longing for home, even when I don’t know exactly where that is. I am both tempted and haunted by ancestral land, especially the pieces my predecessors lost. All of this I share with Glenna, the narrator and protagonist of Susan O’Dell Underwood’s debut novel, Genesis Road.

There are, of course, many things we don’t share, things the page brings to me. I don’t know fire. I don’t know abuse. I don’t know pregnancy loss. I don't necessarily believe in trigger warnings, but when I read the opening lines, “My house was a grave for the baby I lost there. And when it burned to the ground a few weeks later, then it was Daddy’s grave too,” I suspected what was to come would be intense. I was correct. Yet I say this not as a warning, but as a praise. The triple traumas of abuse, miscarriage, and fire are so well-written that the reader does not want to look away. We want to accompany Glenna on her journey, read every word, feel every wound.

This is not just a journey in the metaphorical sense. Not long after her father’s funeral, Glenna takes off on a cross-country road trip with her childhood best friend, a gay history professor named Carey whose husband has recently died. What follows is a journey not just through space, but through time as well. With each mile the two friends cover, Glenna travels back and forth in time, sometimes to her childhood, sometimes to her three marriages, sometimes to the recent events that led her to flee her home in the far eastern part of Tennessee. Before the pair have even reached Nashville, Glenna muses:

“[…] moving through space is only physics. It’s got nothing to do with the brain’s hot little terrarium of regret. Outside there’s the hum of tires, cars and trucks flashing, blurry trees and buildings and lives. Inside I buried Daddy over and over. Inside I relived the miscarriage. I did the math of how many weeks pregnant I would have been right then, how many inches long the baby would have been. What weight. The seatbelt mocked me all day, across my empty abdomen.”

This contrast between inner and outer worlds continues throughout the novel. The forward journey of the road will take Glenna away from all she has suffered, or so she hopes. Yet she continues to get caught in knots of memories and speculation, myriad litanies of what-ifs. As the road winds, unwinds, and sometimes detours, so does Glenna 's story, and to a lesser extent, Carey 's as well.

Leaving home may be liberating in one sense, but in another, it is an exile, a painful loss. As the book’s title implies, the interlinked themes of Eden and banishment traverse the narrative. “Genesis Road” physically exists as the road where her family used to live, on land they bought when forced to move for the creation of the Smokey Mountains National Park. After that home burned––the first of two Glenna would lose to fire––her family moved to a trailer in town, her mama’s garden literally gone. Before she and Carey leave, Glenna goes to look at the place a final time, only to find it almost unrecognizable, overgrown. She avoids talking about it as she and Carey drive, not wanting to confront her pain:

“Now all my knowing was confused and tangled. The paradise I’d loved was nearing its end. All that pleasure and safety and beauty long broken. And now I was full of the knowing of the brokenness.”

The parallels with the book of Genesis are obvious, yet a crucial difference exists–return, the thing denied Adam and Eve, may be a possibility for Glenna. Fire yields not just destruction and loss, but also the possibility of new life, like a phoenix rising from the ashes, or, more germane to this novel, a forest recovering after a wildfire. The way back is arduous, but it is open if she is willing to take the chance. The problem is that exile is not just physical, it is also emotional, spiritual, a state of mind. Will Glenna find her way out of the weeds of her own grief? When she says, “Graceland is hard to find,” for example, she isn’t only saying that she and Carey have gotten physically lost. She is expressing her belief––or perhaps more a fear––that grace and forgiveness are impossible.

She finds some of what she seeks in the wildly varied landscapes through which she and Carey travel. Deserts make her homesick in one way, hardwood forests in quite another. In passages that are among the most stunning in the book, Glenna finds her inner world mirrored in the wilderness all around, for example when she visits the tundra at Newfound Gap:

“A million tiny Edens. All those possibilities. Such tender things. But stubborn. Survival of the stubbornest. And I wondered then how rarely the tundra blooms. How brief a season. And how rare that I was there to see it. What a cruel place to survive. What a secret little space we all inhabit, so fragile, so unlikely, each of us.”

Travel also shows Glenna that roads, lines, edges, and boundaries, all have a dual sense. A road can lead in or lead out. You can cross a line into danger or into safety, depending on which way you step. This understanding expands into other features: bridges and fault lines on the outside, secrets and lies within.
Carey, her road-trip companion, is present when Glenna’s fault lines crack, spilling all secrets out. Although his commentary is occasionally pedagogical and pedantic, he is the perfect foil to Glenna, who spends much of the novel lost in her heart and head. The reader’s understanding of their friendship evolves slowly, each revelation satisfying when it comes. A road trip of several thousand miles allows them to cover a lot of emotional and intellectual ground, both personally and in a larger sense, as they discuss everything from damming rivers to creationism to a woman’s right to choose. Glenna often sees Carey’s attention to detail as tiresome, yet also informative, not to mention well-suited to her needs, for it deflects attention from all the things she does not wish to say.
The road trip is set in a time before cell phones, which gives it a wonderful intimacy and sense of connection. Carey has even prepared themed mixtapes for it, something I would have loved hearing more of. The writing throughout is evocative, crafted with the precision one might expect of an author who also has two chapbooks and a poetry collection to her name. Not only are there vivid descriptions of the characters’ traumas, inner worlds, and varied landscapes, but there are also beautiful jewels of words such as “snurl,” “purl,” and “sigodlin.” These add an exquisite touch to this story of a woman who breaks the reader’s heart over and over, just as her own has been repeatedly broken. We feel every hurt Glenna suffers, singed by every inferno she survives. We keep willing her to find the road she seeks, and we celebrate those moments when it looks like she might be able to recover Eden after all. 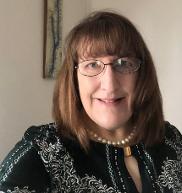 Laura Dennis is a writer, mother, musician, and professor in southeast Kentucky. Her nonfiction has appeared in Mom Egg Review, VOX Quarterly, Kentucky Philological Review, and Bethlehem Writers Group, where she was the Spring 2020 Featured Author. She is co-editor of book reviews for Mom Egg Review, and she has work forthcoming in Northern Appalachia Review and Bluff & Vine.