I get along with all the women singers, but especially Dolly Parton. We talk the same hillbilly language.
~Loretta Lynn 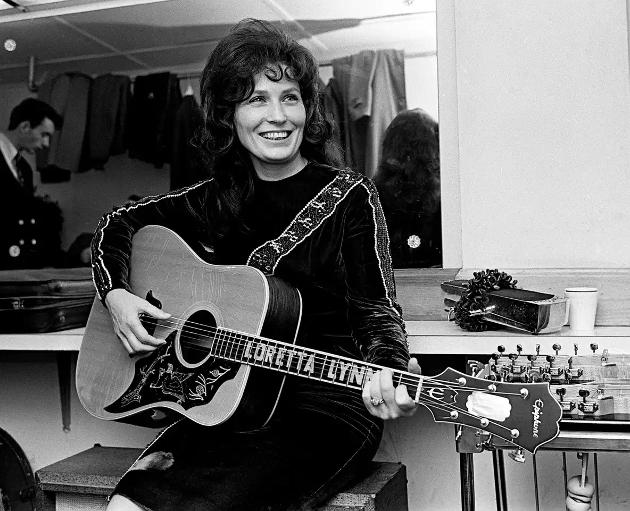 Loretta Lynn warms up in the dressing room at the Ryman Auditorium before going on stage
for a Saturday night Grand Ole Opry show Dec. 10, 1966. Bill Preston / The Tennessean

It’s safe to say I wouldn’t even be making country music today if it weren’t for Loretta Lynn. She showed me what it looked like to be a musician and a mama. Her writing was as real as the day is long. This one hurts on another level. I’ll miss her forever.

~Singer-songwriter Margo Price on the passing of Loretta Lynn

When Loretta Lynn died on October 4, 2022, Kentucky, Appalachia, and the world lost a country music icon unlike any other. She was a ground-breaking, trail-blazing singer-songwriter who broke from her role as The Wilburn Brothers’ “girl singer” to become one of the most celebrated country music stars ever. During the course of her six decades-long recording and touring career, she won three Grammys, seven American Music Awards, 13 Academy of Country Music Awards, and eight Country Music Association Awards.

She penned more than 160 songs and released over 60 albums. She cut 24 number one hit singles and 11 number one albums.

Loretta Lynn was the first woman in country music to:

And, of course, it goes without saying that we think Coal Miner’s Daughter is one of the most important pieces of art created in the 20th century—both the song and the film.

In this great loss, the one thing we have to keep us company is Loretta Lynn's music, of course. Below are several live renditions of some of her most famous hits. Long may her music and legacy live on.