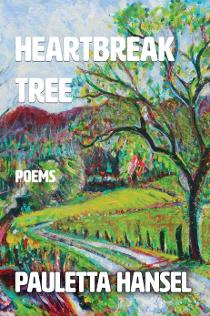 Pauletta Hansel’s Heartbreak Tree is an exquisite example of truth blooming from the fingers of an expert teller. There aren’t many poets in this world who can tell a story like Pauletta Hansel. In fact, a suite of poems in this collection is called “Story.” In each story, Hansel reveals little snippets of history that create a fractured and flawed genealogy of her family. She also invites the reader into her wild, Appalachian landscape where in the center is a tree full of the kind of heartbreak that is particular to women. Her voice is sure, full of cadence and wisdom which comes from reflection. In this expertly crafted book of poems, the ninth in Pauletta’s impressive career, she uncovers a bit of the past and the beauty of the present. This is a family history of trauma and sacrifice at whose roots are the women who have, year after year, birthed each generation of women into a world hostile to their very nature.

Motherhood, in all its forms, is an important central theme of this collection. There are many collections about motherhood, but this one covers new ground in its careful consideration of the stages of motherhood, from death to new step-motherhood, to the genealogical line of mothers stretching into history, to a more figurative kind of motherhood. The speaker engages with the death and mental decline of her own mother, who is the real center of the “Heartbreak tree,” as evidenced by the title poem where she compares her mother to a tree, “The magnolia—bud, blossom, decay / all on one gnarled branch.” We see the speaker longing for her mother, and her mother’s mother, both of whom she uncovers and understands more after their passing. She also longs for her stepdaughter, Sarah, to whom she speaks so tenderly throughout the book, at one point thanking Sarah, “For every minute we had.” There is so much beauty in the breaking of generational trauma, and in Hansel’s confession, in the poem “To You,”

I need all the daughters
I can find. The grown ones,
fine web of lines around kind mother eyes,
who love me for my longing,
daughters who are mothers
to my words.

She shows herself and her mother, and all women, as both mothers and daughter as she mothers this collection into something raw and full of life.

This book is also unique and riveting in its discussion of aging. We need more books where women embrace and consider their own changing bodies and former selves. In this collection, the speaker directly addresses her 15-year-old self, a bold and wounded girl who does not, at that moment, understand her power and beauty, or the violence that had been done to her body at the hands of a much older “boyfriend.” She is loving and forgiving to this former self, reconciling the fifteen-year-old with the current version of a woman whose loving husband dances with her, whose aging body dips and glides through a swimming pool. In “Letter to Myself, 15” she writes, “Here is what I want you to know: most days—today—I think myself more beautiful than you ever did.” There’s so much forgiveness between the woman on the shore of 60 and the ghost of her former self who haunts her. We all carry some ghost versions of ourselves with us. In this book, Pauletta Hansel provides that catharsis of facing her.

In all her work as a poet and educator, Pauletta Hansel pulls in her roots. In this collection, her pocket of Appalachian Kentucky comes alive in the hills, the people, the “sandstone and shale striated with coal / that always looked wet even in summer.” Many of these poems are meditations on the idea of home. In “The Road” she says, “Home is the place you must choose again,” and then she titles the poem that follows, “Home is the Place Where, When You Have to Go There, You Only Think About How to Get Out.” She presents to the reader a landscape built and cultivated with hope now turned to decay, but one from which she emerged and is fully immersed. This book, too, is immersed in both family and regional history. Pauletta Hansel comes to set the record straight on what it means to be a woman from Appalachia, to both love and reject it, to take back the story from other writers who’ve painted the region in only stereotypes. In “Their War on Poverty,” she turns a critical eye on this sort of cultural dismissal with lines like, “We never knew ourselves / as they did.” She shows herself not as that dirty black and white image of poverty and decay. She shows us the layers in Appalachian women, and in her community with a firm, kind, eloquent hand.

Pauletta Hansel comes to you in this collection as a friend, in epistolary poems, lists, a golden shovel, prose poems and various other familiar, often playful, tender, and invented forms. She proves she is a master of the written word, of the unfolding of a story and thereby the truth. Her voice, no matter the shape, is sure, open, vulnerable, and constantly inventive. She both embraces and examines herself and her origins, and this country in general. Heartbreak Tree is a book about personal history, women’s history, regional history, but it’s also very much in the present with poems about the pandemic, about the Trump presidency, and about a woman now looking back on a voice she lost. In “Interview,” she writes, “I am trying to write her voice back into me / I am looking into my history. / I am kindling a strength.” That strength and voice is alive here. These poems are crafted, but not extravagant, each lovely line builds to a deeper understanding of the truth, of the region, and of the self. 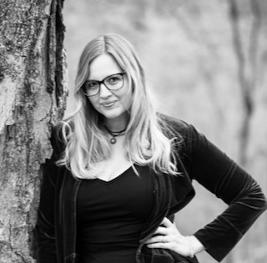 Sara Moore Wagner is the winner of the 2021 Cider Press Review Editors Prize for her book Swan Wife (2022), and the 2020 Driftwood Press Manuscript Prize for Hillbilly Madonna (2022), and the author of two chapbooks, Tumbling After (Red Bird chapbooks, 2022) and Hooked Through (2017). She is also a 2021 National Poetry Series Finalist, and the recipient of a 2019 Sustainable Arts Foundation award. Her poetry has appeared in many journals and anthologies including Sixth Finch, Waxwing, Nimrod, Rhino, Beloit Poetry Journal, and The Cincinnati Review, among others.