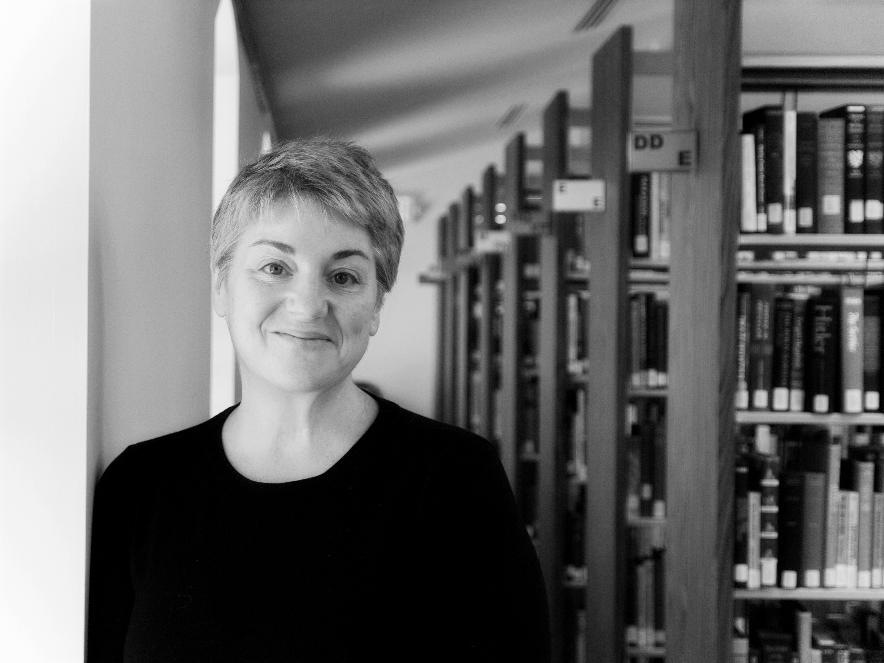 Barbara Costas-Biggs does not welcome, but does defend, the fox:
A Q&A with the poet about her debut collection, Broken On the Wheel from Cornerstone Press

The opening poem in Barbara Costas-Biggs’s debut poetry collection, Broken on the Wheel, tells the story of a woman watching a deer that has tangled itself in a barbed-wire fence. The woman watches, speaking to the doe, who is upside down and watching her. The speaker is a “farmer without a gun” who does “not welcome the fox to the chicken yard / though I defend her. Her kits are hungry.”

The image of the trapped, upside-down doe stayed with me while I read the manuscript, and continues to stay with me much later, as did the feeling of understanding a nuisance. I carried that image of the doe and the sentiment of defending an unwelcome creature through every poem I read. That image created the mood of the book for me, the atmosphere in which we learn what it means to be “broken on the wheel” as we make our way through our unpredictable lives, sometimes delighted and sometimes despondent at the metaphors we encounter that reflect our choices back to us.

I had questions for the author, so I emailed them to her. Her responses here have been lightly edited for clarity.

Barbara Costas-Biggs is a poet and librarian from Southern Ohio. Her work has appeared in Appalachian Review, Northern Appalachian Review, 8Poems, Lost Balloon, Glass, and others. Her chapbook, The Other Shore, was a finalist for The Washburn Prize from Harbor Review. She holds an MFA from Queens University of Charlotte and an MLIS from Kent State University. Broken On the Wheel, is her first book. About Broken On the Wheel:

“Drawing on the beauty of the Southern Ohio hills and Northern Appalachia, Barbara Costas-Biggs's debut poetry collection weaves together marriage, motherhood, and memory into a tapestry of creation and reclamation. With bold strokes and striking detail, Biggs mines the messiness of modern life, the reawakenings we strive to experience, and the faith that comes with trying to fix what appears unfixable.” American Poet Maggie Smith said “this collection is packed with epiphanies and memories and crapshoots—'That in-between stuff./ What we, I hope, are mostly made of.’ Broken On the Wheel is a perceptive, masterful debut.”

Amanda Page:   The title of the book comes from a Sylvia Plath quote. What made you choose that particular epigraph?
Barbara Costas-Biggs:   Interestingly, for most of the time while I was submitting the manuscript, the title of it was from the last poem in the collection, “On Breaking and Mending.”  I thought that summed up what I was trying to do pretty well. I was submitting and submitting, but wasn’t getting anywhere.  So I tore back into the poems and rearranged them, trying to see them differently. After about a month of them laying on the floor in our spare bedroom, I decided that I needed some help seeing it more clearly and reached out to a poet I met on Twitter, who I really respected, to see if she could give me a hand. She agreed, and in one of our correspondences, she said the manuscript brought the quote to mind. It was like a buzzer in my head when I read it, and I felt like it was just right. So the title became Broken On the Wheel, with help from Kelli Russell Agodon.
Also, when I was young, in high school, like a lot of young women writers, I started reading a lot of Plath, and still consider her one of my favorite poets. In that way, it also felt right to have my first collection give a nod to one of my influences.

Why the hell are we conditioned into the smooth strawberry-and-cream
Mother-Goose-world, Alice-in-Wonderland fable, only to be broken on the wheel
as we grow older and become aware of ourselves as individuals with a
dull responsibility in life?                     -Sylvia Plath

AP:   How does an awareness of our "dull responsibility in life" make us broken?
BCB:   Oh, such a complicated question, and I hope I can give a good answer. I think, for me, it’s this sort of disappointment, or confusion, about some of the choices I made, especially when I was a young woman, and the consequences of those choices that I had to reckon with as I grew and matured into adulthood and middle age. And then growing older, growing into what life becomes, I look at where I am and wonder how I got here, wonder where my sense of adventure went, or what happened to the dreams that I had for myself. It is certainly one of my biggest flaws—this tendency I have to get caught in the past, to dwell on what I used to be or where I used to be, to think on those forever-ago mistakes or love affairs. I even address that directly in myself in the poem “Let’s Say”—I say “…so I change/them here, in this poem.” I can get so upset about the day-to-day, the non-romantic parts of life. I go to work, I pay the bills, I fill up the car with gas, I feed the dogs, do the dishes. So it’s important to me to find something to marvel at each day. Sometimes it’s a simple thing, like watching a chipmunk, studying the clouds, counting the airplanes in the sky. Usually, it’s taking a moment and feeling my heartbeat while watching my boys. There is astonishment almost every day at how much I love those two. I guess what I am trying to say is that it is easy to feel broken by those things that are dull, those things that we are responsible for, but I also feel like I have a duty to see deeper and feel deeper, too.
AP:   The poems in this collection seem to span a fair distance, of both time and geography. Tell me about the number of years covered by the poems included.
BCB:   Most of these poems, with the exception of maybe two, were written after February 2016 when I lost my father. He was young, 65, and we were very close. I spent the last two months of his life with him and my mom and brothers in Arizona, holed up and just being together. I decided shortly after returning to Kentucky (my husband and I lived on a farm in Kentucky at that time) that I was going to start writing again. Like, really start writing. I had sort of put it away, stifled that part of myself, and watching my dad go through what he did and realizing that at 65 he was going to miss out on so much more life, that I needed to start taking care of myself and my needs. My kids were so young, and like so many women, I think I sort of lost myself in motherhood. We hear so much talk now of “self-care,” but I didn’t know what that was then. Writing became my self-care. So many poems came from that time on the farm, when my boys were small, and I was seeing things again through their sense of awe and wonder. I think the most recent ones were written very early in the pandemic. I haven’t written at all since that spate of poems broke through. For the most part, [the poems were written] from 2016-20. A few outliers. “I Speak To My Husband From Inside a Whale” and “Naming” are older, but underwent significant revisions before inclusion in the manuscript.
AP:   Is the number of years important to illustrating the “dull responsibility” from the epigraph?
BCB:   I don’t think so. I think that comes more from the themes that I tend to write about, at least here, with this group of poems.
AP:   In “Walking Past Abandoned Houses, I Think of Eric”, you write that you “took the poem for a walk.” What does it mean to take a poem for a walk? To show the work the setting?
BCB:   When I wrote that poem, I felt like I had to step outside of myself to really see my hometown, to really see the neighborhood I was talking about. I am trying to actually address the poem as if it were a person and I was describing where we were. I guess it’s like putting some distance between yourself and a particular event or place—to see things more clearly, sometimes the only thing that works is distance. In time or geography, I suppose. In a way, I think that’s what I was trying to do. I’m not sure that it works, but it’s a poem that a lot of people respond to. Eric died in 2001 or 02. I think of him as one of the earliest victims of the opioid epidemic. At least, he was the first from my inner circle. 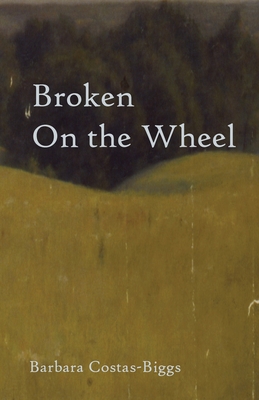 “Walking Past Abandoned Houses,
I think of Eric” by Barbara Costas-Biggs appears in Broken On the Wheel (Cornerstone Press, 2021) and is used with permission of the press and the author.
“Walking Past Abandoned Houses, I think of Eric”
This poem wanted to start in a condemned house, so I took
a walk to show the poem this town and asked: which one?
The poem shrugged. Shattered windows rendered black,
no flicker of blue aquarium television light. Fast-food wrappers
an altar, piled on the porch. A small pink running shoe
hole worn in the sole, stuck in a chain-link fence.
Fifteen years ago, while I was drinking flat beer in a dive bar,
my friend Eric died after getting high from a transdermal
oxycodone patch. He wrote poems I will never
forget: how he found his mother dead, her fingers
gnawed to bone by rats. His glasses always broken, crooked,
taped, his cheeks and arms scabbed.
This poem can’t imagine. It wasn’t this house but probably
one like it, peeling clapboard,
busted plumbing. This town smells burned out
and the burning no longer comes from the foundry
or the coke plant or steel mill. We are falling in
on ourselves, shooting heroin into our veins.
These houses—empty of furniture, food, clean clothes
laughter, shampoo—are helpless, their dirty glass eyes
begging to see something other than broken smokestacks,
shoes strung on powerlines.
The ears that heard hooves on the bricks that sleep
under pavement are long gone.
There was no Narcan for Eric, and no Narcan
for wrecked Greek revivals.

To read the beautiful, sometimes stinging and sometimes absurd poems in Broken On the Wheel, go to Cornerstone Press or to your favorite indie bookstore.
To hear more from Barbara Costas-Biggs, visit her website or visit The Sundress Blog for her featured reading on Jane Kenyon for "Lyric Essentials." 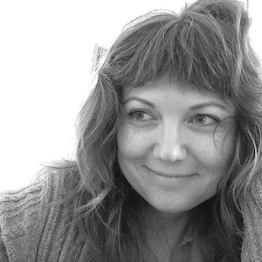 Amanda Page is a Columbus-based writer from southern Ohio. Her work appears in Belt Magazine, The Daily Yonder, 100 Days in Appalachia, Literary Hub and Yes! Magazine. She is the editor of The Columbus Anthology from Belt Publishing and The Ohio State University Press, and creator of Packard’s Columbus, a walking tour of Frank Packard architecture in downtown Columbus, Ohio. Her essay, “The Packard Presence in Columbus, Ohio,” about developing the tour, is featured in the anthology Midwest Architecture Journeys from Belt Publishing. She is the founder and Executive Director of Scioto Literary, a nonprofit that supports writers and storytellers in Scioto and surrounding counties in Ohio, Kentucky, and West Virginia. Follow her on Twitter @amandadashpage.