This edition of Still Life features a writing prompt from Rebecca D. Elswick. Rebecca lives in the mountains of southwestern Virginia where she was born, the daughter and granddaughter of coal miners. Her fiction and nonfiction have appeared in many journals and anthologies among them Deep South and Drafthorse. Her debut novel, Mama’s Shoes (2011) was published by Writer’s Digest, the result of winning a contest. No Stopping Her was published in 2015 by Gemma Media’s Open Door Series for Adult Literacy. Rebecca is a mother, writer, and lifelong teacher. She currently directs the Writing Center at Appalachian School of Law in Grundy, Virginia.

Mine Your Memory
by Rebecca D. Elswick

To me, the greatest pleasure of writing is not what it's about, but the inner music that words make. —Truman Capote

Memories are a writer’s fortune but they are often buried treasure. Over time remembrances shift, curve, and deepen. The following prompt, with example, is a mining expedition that begins with an image. Think of that image as having many layers, and it will take all of your senses—seeing, smelling, hearing, tasting, and touching—to uncover what’s lying dormant beneath those layers.

What was your favorite toy when you were a child? Describe it.

Trixie was a plastic horse that fit perfectly in the palm of my seven-year-old hand. She was the color of mud, with a white spot above her nose, but I remember her as sun-touched chestnut brown with a white lightning bolt on her forehead. To this little girl living in a coal mining town during the 1960s, she was the most beautiful thing I had ever seen – a thoroughbred that could carry me across fields and through mountain passes to all the adventures I could imagine. Trixie was just like the horse in my favorite book, Misty of the Chincoteague, the wildest mare on Assateague Island. When I close my eyes and picture Trixie, I am riding bareback, my arms wrapped around her neck, my fingers twined in her coarse flowing mane. I can feel her muscles ripple under me, hear her hooves pounding the earth, and smell the metallic dirt being tossed into the air as she gallops.

I took Trixie everywhere, once sneaking her to school. Toys were strictly forbidden in second grade, and I was so afraid my teacher would catch me and take her away, that I never took her out of my book bag. After school she and I climbed the hillside behind my house and played in the dirt under the tree shadows until my mother called me in to supper. Toys were not allowed at the table, so Trixie patiently waited for me in my room, where she had her own stable I made out of popsicle sticks.

Who gave it to you?

Trixie was the perfect toy for a little girl who did not like dolls. My father brought her home one night from work. He was a bus driver and after a trip, he often found trinkets like Trixie left on the bus. These were treasures to me and I was happy to have them, but I did worry that somewhere there was a little girl like me, missing them. To pretend I didn’t care, that I wasn’t guilty for being happy about someone else’s loss, I would repeat the old rhyme, “Finders keepers, losers weepers.” My father assured me the plastic horse would have been thrown away if he hadn’t brought it to me. My mother said that if it had belonged to somebody who really cared about it, they wouldn’t have left it on the bus in the first place.

Do you still have it? If so, where is it?  If not, do you know what happened to it?

Trixie only remains in my imagination. She, like my other toys, went the way of adolescence, long lost in that world where your heart’s desire is to be grown up. I do know I kept her in a shoe box of treasures hidden under my bed where my younger brother wouldn’t find her. I can see her lying next to the Barbie doll I never played with (that would probably be worth a fortune today), the loose marbles, bits of cast off jewelry I had gotten from my older sisters, and an old Christmas card that had a picture of where I wanted to live – a snow covered idyllic town shrouded in buttery light with a horse-drawn sleigh filled with children passing a church where carolers stood, songbooks raised. The windows of the church had at one time been covered in gold glitter, but I had looked at it so often, I had worn the glitter away.

I know my mother wouldn’t have thrown that box away; she never throws anything away. I once asked her if she knew what happened to it. Sometime during adolescence, I had stopped taking the box out from under my bed, brushing away the dust and lifting the lid to look at my childhood treasures. Instead of galloping through the mountains of my imagination with Trixie, I was spending my time applying copious amounts of blue eyeshadow and peach blush, ironing my hair, and listening to Blondie, Donna Summer, and Fleetwood Mac. My mother admitted she had given my toys away, to one of the many younger cousins who had visited her over the years. She didn’t remember who, and it doesn’t matter.

I like to imagine Trixie is still being played with by a little girl who reads all the Marguerite Henry horse books and dreams of visiting the island of Assateague where the wild ponies gallop through the surf and dine on the sand dune grasses. 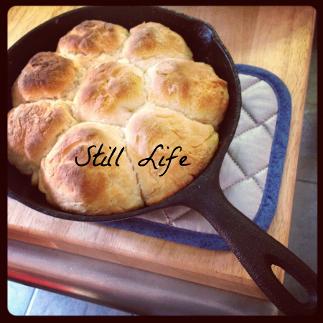