Laura Dennis on
Another Appalachia: Coming Up Queer and Indian
in a Mountain Place
essays by Neema Avashia
West Virginia University Press, 2022 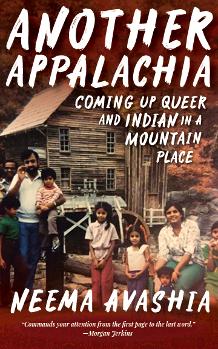 Ghare aavijo–come home, say Neema Avashia’s adopted aunties and uncles, echoing “Country Roads,” the well-loved John Denver song. The home she is called back to, however, is not always an easy place, but rather multifaceted and complex, as seen in Avashia’s debut essay collection, Another Appalachia: Coming Up Queer and Indian in a Mountain Place. Neither solely a place nor solely a people, home is rather some mysterious amalgamation of the two, a union bound by music, sports, ritual, and food.

Home is just one of many themes Avashia explores in these 17 essays, 11 of which have been previously published, including two in this very journal. Other questions, as the title suggests, include identity, sexuality, and a larger sense of place. Specifically, she writes of Appalachia, which appears both as the region many of us have come to know and love, and as a place about which there remains much to discover.

It is all but impossible to write about either Appalachia or India, much less both, without talking about food. Another Appalachia is no exception. Whether it be the “wonder that is Tudor’s Biscuit World” where a teenaged Neema would devour “a hash brown smothered with bottled cheese, sandwiched between two halves of biscuit…the only vegetarian item on the menu,” or the four-course Gujarati meals her mother prepared on a nightly basis and often shared with neighbors, Another Appalachia is replete with mouth-watering tastes and smells. “The Hindu Hillbilly Spice Company” is a particularly well-wrought example of how two seemingly distinct cultures and cuisines blend into a hybrid that could only exist in this particular corner of the world.

This same essay also reveals a flip side to hybridity–the desire to assimilate (or lack thereof). Avashia remembers being embarrassed by the lemon rice her mother packed for her school lunches, a mortification made worse by its packaging—Ziplocs marked with the symbol for hazardous waste, brought home from Union Carbide by her thrifty father. The desire for acceptance creates tension, not only over packed lunches, hairstyles, and clothes, but also over larger issues of race, class, and sexual identity.

One way to carve a space for oneself in America is through sports, and so as a child, Avashia develops an obsession with the region’s favorite, basketball. Despite a lack of either height or natural ability, she channels all her energy and free time into the game. In “Be Like Wilt,” which she once read at the Appalachian Writers’ Workshop, she describes the “temporary but overwhelming sense of belonging” at her first baskets, then goes on to say that her “Heart and Hustle” basketball trophy is “the award I cherish most.”

Beyond sports, the narrator finds belonging both within and beyond the small Indian population of Charleston, West Virginia. Throughout the book, we see how her white neighbors, the Bs, become her surrogate grandparents, their biological counterparts having remained in India, while “Nine Forms of the Goddess” beautifully illustrates the various ways different members of the desi community have adapted to life in their expatriate mountain home. In fact, her Indian aunties are among the first to accept her relationship with her partner, Laura, something she hides from parts of her white community, including the Bs.

Indeed, although West Virginia feels to Avashia like home, the place she dreams of, misses, and knows most about, her relationship to it, specifically its people, is complex. “The Blue-Red Divide” and “Our Armor” express this particularly well. In the first, for example, she writes:

Was my family only acceptable because we were viewed as an exception? Would we have been experienced differently, embraced less quickly, if my parents hadn’t assimilated so willingly? Is minority presence in a community only acceptable when we make up less than 1 percent of the overall population?

“In truth, I’ve always felt uneasy in my relationship to the word ‘Appalachian.’ Does it apply to everyone who grows up in the stretch of land that runs from Alabama to New York? Or do you not count if you are Brown, Indian, the child of immigrants who moved to a place out of necessity, loved it hard for the time they lived there, then moved away out of necessity again thirty years later, when work disappeared?”

These questions are echoed in the final essay, “Only-Generation Appalachian,” in which the author muses on identity and her time at the Appalachian Writers’ Workshop, where she found affirmation for her craft, yet also felt distinctly in the minority:

In truth, I’ve always felt uneasy in my relationship to the word ‘Appalachian.’ Does it apply to everyone who grows up in the stretch of land that runs from Alabama to New York? Or do you not count if you are Brown, Indian, the child of immigrants who moved to a place out of necessity, loved it hard for the time they lived there, then moved away out of necessity again thirty years later, when work disappeared?

Such questions have no easy answers, nor does Avashia suggest they do. On the contrary, she embraces complexity, even contradiction, including within her family. “Chemical Bonds,” for example, explores her father’s sense of ethics and responsibility, asking thorny questions about his work as a Union Carbide doctor and the ways she has benefitted from the wealth acquired as a result. She also explores fractures within her extended family, trying, for example in “Shame-Shame” to understand why her writing leads to so much friction, even outright rejection, while her twenty-something cousin, who bares nearly all as a social media influencer, is showered with praise. Like most people, she seeks warmth, acceptance, and community. It is poignantly hard, sometimes, for her to get it.
Like so many Appalachian writers who have come before her, Avashia finds some solace in her faith–Hindu faith, that is, not Christianity, despite others’ countless efforts to convert her. In “Finding the Holy in an Unholy Coconut” and “A Hindu Hillbilly Elegy,” the reader gets a first-hand look at the ways Avashia’s family and expat community have adapted Hindu rituals to a place where they are a nearly invisible minority. This cobbling together of rite and ritual goes many steps further when she meets her partner, a white, half-Jewish, half-Catholic woman. Religion becomes another conflict to explore, with Avashia coming to understand that whatever faith she has comes not from organized religion or religious communities. Instead, she writes, “my mother’s love served as my embodiment of spirituality.”
“Embodiment,” in Another Appalachia, describes more than the author’s view of religion; it could also easily describe the book itself. Readers encounter a narrator who does not always feel at home in her body, yet shares it with us anyway, making self-deprecating comments about her appearance and describing the years of effort it took to find a style she likes for her hair. The collection is replete with taste and touch, with song and sight and smell. There is humor, warmth, and enormous empathy, even for those, like Mr. B, who cause her pain. The writing is sometimes informative, sometimes conversational, and sometimes poetic, as when she writes:

I am a shallow-rooted pine tree in the middle of a stand of white oaks, trees whose underground root system grows faster than the trunk and branches aboveground. I, on the other hand, can be toppled by little more than a strong gust of wind during a midsummer storm.

In addition, some essays experiment with form. The opening piece, “Directions to a Vanishing Place,” uses the second person, playing on the way directions are given by a GPS, while other essays make use of lists. The recipes in “The Hindu Hillbilly Spice Company,” mentioned above, are particularly memorable. There might have been more fluidity and flow between and among the essays if they had been revised just a little more to avoid repetition, for example about her father’s career or the subdivision in which she was raised. Then again, as they are currently presented, a reader can pick up the collection and read any given essay as its own entity, which has advantages all its own.
Just as Avashia was inspired by her discovery of the Affrilachian poets and George Ella Lyon, I find myself enormously grateful to have discovered Avashia. My interest is in part personal, as I am the white mother of three children born in India. Another Appalachia helps me imagine the puzzle pieces I lack in trying to understand what growing up in Appalachia has meant to them. More importantly, however, this book is her story, the story of a woman making sense of her identity and learning to take pride in it. Readers may be Indian, Appalachian, and queer or they may be some or none of these things. No matter–Avashia’s beautifully rendered prose contains insights to which everyone can relate. 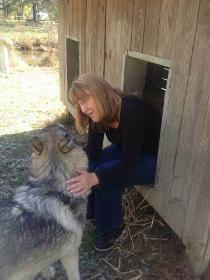 Laura Dennis is a writer, mother, musician, and college professor in Southeast Kentucky. Her nonfiction has appeared in MER VOX Quarterly, Kentucky Philological Review, and Bethlehem Writers Group, where she was the Spring 2020 Featured Author. She also edits the Attachment & Trauma Network (ATN) blog and is co-editor of book reviews for Mom Egg Review.