by Eliza Souers and Merritt Jenkins 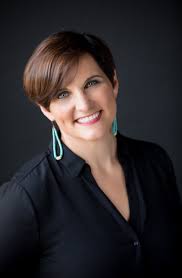 In September 2020, Annette Saunooke Clapsaddle released her debut novel, Even As We Breathe, through University Press of Kentucky. She read at Lee University for the Writer’s Series in the spring of 2021 and visited Lee’s advanced fiction writing class, at which time Lee University students Eliza Souers and Merritt Jenkins interviewed Clapsaddle on her new book and her writing style. They continued the interview via email.

Clapsaddle is an enrolled member of the Eastern Band of Cherokee Indians and resides in Qualla, North Carolina with her husband and sons. She is a teacher at Swain County High School and serves on the board of trustees for the North Carolina Writers Network and used to serve as the executive director of the Cherokee Preservation Foundation and as a co-editor of the Journal of Cherokee Studies.

In addition to Even As We Breathe, Clapsaddle has written a novel manuscript, Going to Water, and has appeared in Yes! Magazine, Lit Hub, Smoky Mountain Living Magazine, South Writ Large, and The Atlantic.

According to Clapsaddle, Even As We Breathe is set during the summer of 1942 when the Grove Park Inn in Asheville, North Carolina held foreign nationals as prisoners of war. The protagonist, Cowney Sequoyah (a young Cherokee man), leaves his grandmother Lishie, his uncle Bud, and his community in Cherokee to work as a member of the Inn’s grounds crew. He is joined by Essie Stamper, who, like Cowney, is trying to raise money for college. When Cowney is accused of being involved in the disappearance of a diplomat's daughter, he must work to clear his name, all the while unraveling the truth of his family's sordid past and choosing the path for his future. Even As We Breathe confronts issues of race, culture, identity, and citizenship.

The novel was a finalist for the Weatherford Award and named one of NPR’s Best Books of 2020. The Atlanta Journal-Constitution describes the novel as “a poignant story about loss and home, how a person who has never known their parents finds a way to reckon with their roots and their history, and how the truth, no matter how painful it may be, can pave the way to peace.”

Souers & Jenkins:  Could you tell us a bit about your growing up and your path to becoming a writer?
Annette Saunooke Clapsaddle:  I grew up in Qualla, North Carolina, which is basically Cherokee, just off the Qualla Boundary. I went to public schools in Jackson County, kindergarten through high school. I have been writing for as long as I can remember and certainly took workshops and college classes in creative writing, but I did not pursue an MFA. I have been fortunate enough to have several mentor writers in my life who have encouraged me.
Souers & Jenkins:  What’s your favorite thing about writing?
Clapsaddle:  My favorite thing is that I get to escape into my own exploration. I can get lost in a concept or scene or encounter and it feels close to magic. We don't have control over how others act in this world or what happens to us, but writing allows us to freely navigate all possibilities.
Souers & Jenkins:  You're the first enrolled member of the Eastern Band of Cherokee who has published a novel. Could you discuss the significance of your identity and its importance to writing Even As We Breathe?
Clapsaddle:  I think every author's identity is part of their writing, so I am no different in that regard. The publication of this novel brings forth a voice that speaks to the Eastern Band Cherokee experience and culture for the first time, and so I do have some onus to make sure this is done in a responsible manner.
Souers & Jenkins:  In an interview with Nancy H. Williard at Southern Review of Books, you said, “Placing a story in the past allows for retrospection. We are able to examine a story with a more critically informed eye and understand long-term implications of actions.” Are there other reasons you chose to write the story from Cowney’s point of view in the future? How does the retrospection play into the fact that Cowney is writing it as a letter?
Clapsaddle:  When dealing with a Cherokee character, I am always aware of the cultural stereotypes portrayed in American literature—specifically the depiction of Native peoples as ignorant, uneducated, speaking broken English. If I wrote Cowney as a young man throughout, I worried that the reader would believe him to be stuck in this 19-year-old representation. We need more indigenous characters who speak and think like actual indigenous adults—thoughtfully and articulately. Additionally, I teach the memoir, Between the World and Me by Ta-Nehisi Coates. I love the way it connects directly through a letter to the author’s son. It brings about an intimacy with the reader, and I wanted to employ a similar technique to achieve this type of connection.
Souers & Jenkins:  The book is full of vivid imagery and descriptions of setting, feelings, thoughts, and history, but there is very little description of the characters. The few details usually describe something small, like Essie’s hair. Why did you focus more on what the characters were seeing and experiencing rather than what they look like?
Clapsaddle:  I think this is largely a stylistic choice. The literature that annoys me the most in its depiction of Native people is one that fixates on physical descriptions as a means of creating differences. A significant message of the novel is that we place far too much emphasis on the body as a strategy for confirming and labeling belonging. More important is our human spirit, which includes our relationship with place. What characters are seeing and experiencing is what develops their true identity and their spirit.
Souers & Jenkins:  Your novel has been described as “an astonishing addition to WWII and Native American literature.” Would you elaborate on this a bit? What would you say your novel might be adding?
Clapsaddle:  Well, this is a difficult question to answer because this is not my quote. The reviewer may mean that the novel tells a narrative never before explored: how can we understand American citizenship in new ways when we look at wartime interactions between foreign nationals, White Americans, and American Indians?
Souers & Jenkins:  What did the prologue help your novel accomplish? Why did you choose to mention the missing girl in the prologue instead of waiting for the moment when she first disappears?
Clapsaddle:  I played with the prologue quite a bit. Most of its text represents the first writing I did on this manuscript, stemming from a writing exercise I gave myself. I wanted it to establish both voice and place (Cherokee, North Carolina), but in a way that directly communicates with the reader as if listening to a story. I wanted readers to know the protagonist Cowney’s voice as a grown, educated, experienced man instead of a boy. I wanted readers to know the stakes were high (a missing girl), but to also have questions about the circumstances surrounding her disappearance so they would want to know more.

. . . As my editor is fond of reminding me, I have to ask, “Where’s the trouble?” in each scene if I want that scene to propel the reader forward. I am constantly asking myself if there is enough tension in a scene.