Fenton Johnson is the author of the new novel The Man Who Loved Birds (The University Press of Kentucky) as well as the award-winning Scissors, Paper, Rock and Crossing the River, each recently reissued in new editions. He has published as well Geography of the Heart:  A Memoir and Keeping Faith: A Skeptic’s Journey among Christian and Buddhist Monks. His collection of essays Notes of an Emigrant Son: New and Selected Essays was selected for the Bruckheimer Series in Kentucky Literature published by Sarabande Press and will be forthcoming in 2017. Going It Alone: On the Dignity and Challenge of Solitude (W.W. Norton), based on his most recent Harper’s Magazine cover essay, will be published in 2018.

He teaches in the creative writing programs at the University of Arizona and Spalding University.

I am recently returned from a winter afternoon’s foray to The Loft, Tucson’s first-rate art cinema complex, where I saw the screen version of the National Theater of Great Britain’s production of Shakespeare’s The Winter’s Tale, starring Kenneth Branagh and Judi Dench. I have seen The Winter’s Tale at least five times and I never fail to weep. In part this is because I saw it for the first time with my partner, a literature scholar and teacher, in a Berkeley Rep production in the late 1980s. I had not read the play beforehand and was not prepared for its last scene, in which the court assembles before a statue of the wronged queen Hermione, presumed dead for sixteen years from grief at her husband’s malfeasance.

Spoiler alert – stop here if you’re unfamiliar with the play and want to be as surprised as was I at that long-ago Berkeley Rep production . . . but with that first encounter with The Winter’s Tale I began letting go of my entirely justified anger against institutionalized religion and to perceive that, whatever its flaws, the virtue it is charged with carrying forward is worth the considerable price of the ticket of participation.

The play’s end, frankly, is a mess – unprepared-for, hokey, corny, but that matters not a bit, as Shakespeare surely understood, before our desire to see it come to pass. The loyal lady-in-waiting Paulina (Judi Dench), who claims to have commissioned Hermione’s statue, says to the assembled court, “It is required / you do awake your faith.” The courtiers rise to the occasion and in response the statue steps down from her pedestal, Hermione returns to life and is restored to the king who treated her so badly and who has spent a lifetime in repentance.

Within the year of our seeing that Berkeley Rep production my partner would be dead. I know that I return to the play again and again to dwell, however briefly, in the fantasy that somehow the fates might restore him to life, that some act of repentance or generosity on my part might breathe life into art.

We cannot be certain of the order in which Shakespeare’s plays were written, but King Lear, The Winter’s Tale, and The Tempest are often considered among the last because they feature aged men brought up against the consequences of their foolish lives.  Surely no more powerful portrait of dementia exists in any language than Lear, whose ending is unsparingly bleak, with the principals brutally murdered as a result of the king’s folly.

But both The Winter’s Tale and The Tempest act out the ultimate fantasy:  that repentance may win the day, that with enough tears we may expiate our sins, that the gods and goddesses may dispense, not the justice we have earned but the mercy we have not. “It is required / you do awake your faith.” At the end of The Tempest, Prospero makes a similar plea:

And my ending is despair

Unless I be reliev’d by prayer

Which pierces so that it assaults

Mercy itself and frees all faults

As you from crimes would pardon’d be

Let your indulgence set me free.

And now I am become an old man – old enough to stake my life on hope. I am moved to do so in part because of the performance of the eighty-one year old Dench – so rewarding to see a great and aged actress inhabit a script worthy of her talent and discipline! Where, I ask, in Hollywood or outside it, is the understanding that a great performance begins with a great script – that a good writer, essential as the farmer to our daily sustenance, is the cornerstone of good narrative art? But I have learned, as Shakespeare must have learned, that the unknowability of the future is a great gift, and that the wisest act of the gods and goddesses has been to conceal themselves and their intentions from us. I believe that is what we call life. 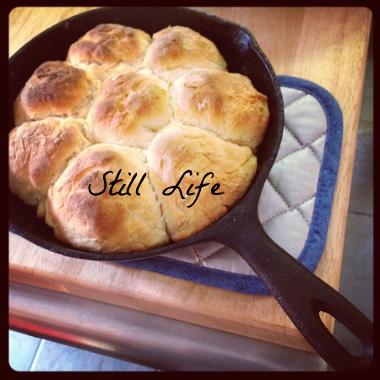