This edition of Still Life honors poet Kathryn Stripling Byer, who died after an illness on June 5, 2017. Kay Byer had published six collections of poetry, including Descent (LSU Press, 2012), which won the 2013 Southern Independent Booksellers Association Award for Poetry. She served as the first woman in the post of North Carolina’s Poet Laureate from 2005-2009. She was known as a generous and enthusiastic writing teacher as well as a celebrated and beloved poet.

Kay was raised on a farm in Southwest Georgia, where the material for much of her first poetry originated. She received her MFA from UNC-Greensboro, where she studied with Fred Chappell and Robert Watson. After graduation she worked at Western Carolina University, becoming Poet-in-Residence in 1990. Her poetry, prose, and fiction have appeared widely, including Hudson Review, Poetry, The Atlantic, Georgia Review, Shenandoah, and Southern Poetry Review. Her body of work was discussed along with that of Charles Wright, Robert Morgan, Fred Chappell, Jeff Daniel Marion, and Jim Wayne Miller in Six Poets from the Mountain South, by John Lang, published by LSU Press. Her first book of poetry, The Girl in the Midst of the Harvest, was published in the AWP Award Series in 1986, followed by the Lamont (now Laughlin) prize-winning Wildwood Flower, from LSU Press. Her subsequent collections have been published in the LSU Press Poetry Series, receiving various awards, including the Hanes Poetry Award from the Fellowship of Southern Writers and the Roanoke-Chowan Award. She lived in the mountains of western North Carolina and is survived by her husband and daughter.

The following writing prompts from Kathryn Stripling Byer will appear in the craft anthology, Piano in a Sycamore: Writing Lessons from the Appalachian Writers’ Workshop, forthcoming from the Hindman Settlement School on the occasion of the Workshop’s 40th anniversary in July 2017, and edited by Still’s co-founders Silas House and Marianne Worthington.

I grew up wanting to be a singer. I sang solos in church. I sang to the cows in the pastures. I sang quietly into the window of the bus as it made its long journey home from school every afternoon. Neither the window nor the cows gave me stage fright. Singing solo in church did. Would my voice be there? What would I hear? Anything at all? Remembering my anxiety as I opened my mouth to begin “In the Garden,” I recall Fred Chappell’s comment that the blank, mute page makes every honest writer feel a surge of doubt. Even opera singers confess to an occasional loss of voice that renders them unable to sing what was once their signature arias.

Like most young poets I worried about “finding my voice.” Now in middle age, after serving for five years North Carolina’s Poet Laureate, concentrating more on a public voice than my inner one, I now worry about finding it again.

Reading soprano Renée Fleming’s memoir, The Inner Voice: The Making of a Singer, set me wondering about what advice she might give. Maybe she would tell me I ought to take this mystery of voice literally. Maybe I should try to think of voice as a real singer might. “Stop worrying about having lost your voice and start singing,” she suggested. “Try singing your own lines from earlier poems when you were ‘in voice,’ even if only as recitative and not aria. Really hear those lines, bodily, in every part of you.”

So, ok, I took Fleming’s imagined advice. On walks, I’d sing, quietly, lines from my poems, when I was sure nobody else was around. In the car I sang along with Etta James, Nina Simone, and even Fleming herself on her Dark Hope album. Driving back over the Blue Ridge mountains, I listened to Dolly Parton’s version of “Silver Dagger” from her The Grass Is Blue collection. I listened to it over and over again, goose bumps rising on my arms every time, and when I got home, I began singing it onto the page, letting the first word of the song become the title.

sing love songs to me
lest you waken the blade

that carries me deep
into shady groves where

I hear naught but my own
blood dissembling.

I hadn't a clue where this poem was going, where this woman’s voice was leading my own, but lead me it did. With the impetus of language that approximated the original lyrics, I suddenly heard wildflower names bursting through, along with words like “lest” and “dissembling” that I’d never used in a poem before. I heard—no—I felt my “voice” cracking the whip, a live wire again. Living as I do in the Blue Ridge mountains, I find that old ballads and folk songs wield special power for me, but jazz and blues do, too. I’m sure that Nina Simone’s “Lilac Wine” is waiting for a poem. Maybe Puccini’s “Vissi d’arte” or “Nessun dorma”?

Wait a minute, though. If I’m going to continue to think like a real singer, I have to practice don’t I? I can see Madame Fleming nodding her head, like my piano teacher, who once told me I didn’t practice hard enough. Suggestions for poetic practice aren't difficult to find.  One of the best ideas I’ve heard lately, however, came from a renowned pianist who described his daily practice as playing the same Mozart sonata, finding something to learn from it each time.

Why not come back each day to a poem that has stirred us, reading it aloud, learning it by heart, listening to its inner voice over and over again? Our own voices will respond to that voice, taking shape on the page, in our mouths, in our ears. After all, voices long to sing back to other voices. My inner diva’s advice? Let them.

Another idea would be to call up a song that gives you goosebumps, that haunts you, one that you want to listen to again and again. After listening to it as many times as you want, find the lyrics and listen to them in your own voice. Begin to write from what haunts you, letting the lyrics of the original poem lead you on and on into your own music.

Here is my poem that grew out of Marijohn Wilkin’s classic ballad, "Long Black Veil":

“She walks these hills in a long black veil,
visits my grave while the night winds wail...”

She could never herself weep
above any man’s grave for so many
bad nights, unmindful of hailstones
and wind wailings. Where’s the woman

who would? Still, she wonders who
wrote this song, who set it roaming.
She’s glad to be done with her own
bad nights drawing her out

where the wind can whip
even the slightest of lacy threads
wild at the edge of a shawl. She
had thought it was flesh to flesh

she wanted, long as the nights lasted.
That was before she pulled back
from the heat of him seeking her own
and saw limbs thrashing outside

like nothing that she could recall
ever hearing a woman sing.
No wailing romance in that vision,
only the locust leaves hammered

by lightning to quicksilver
tongue-shapes that silenced her.
How dare a woman walk out
into such revelation, much less

set it throbbing to music
that’s even now winding its song round her,
length after length of it, her hand
reaching out for the door handle? 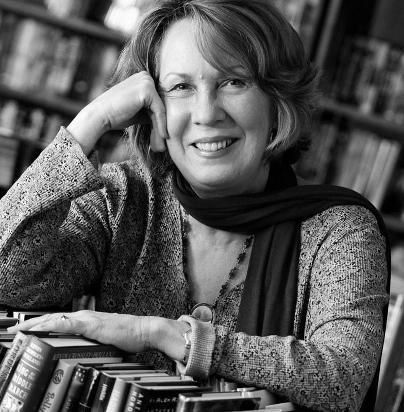