This edition of Still Life features a poetry prompt from celebrated Kentucky poet Maurice Manning. Maurice wrote the prompt for his creative writing students and has given us permission to share it here.

Maurice Manning teaches at Transylvania University in Lexington, Kentucky. His first book of poems, Lawrence Booth's Book of Visions (2001), was chosen by W.S. Merwin for the Yale Series of Younger Poets Award. His other collections are A Companion for Owls: Being the Commonplace Book of D. Boone, Lone Hunter, Back Woodsman, &c. (2004), Bucolics (2007), and The Common Man (2010), a finalist for the 2011 Pulitzer Prize. Maurice’s next book, One Man's Dark, is forthcoming from Copper Canyon Press.  He is a recent recipient of an Al Smith Fellowship from the Kentucky Arts Council.

Rhapsode (RHAP-sode) is an interesting word, certainly rarely used in English today. It comes to us from Latin and Greek root words, such as rhapsoidia (recitation of epic poetry), rhaptein (to stitch together), and aidein (to sing). Ultimately, the Indo-European root wed- (which means to speak) is the oldest ancestor of this word; this ancient taproot also gave us more common words we use today: parody, comedy, tragedy, melody, and ode. One can imagine we get rhapsody from the same origins.  Rhapsode, as it is used today means "a professional reciter of poems." I wonder if rap, as in rap music, comes from the same origins?

I've taken most of the above information directly from a website called wordsmith.org from which I receive an email every morning that delivers a "word-a-day." The etymology of the word is carefully documented and how the word is used in context is provided, usually through a literary source. (By the way, wordsmith.org is free and you can subscribe, too.)

Sometimes encountering a "new" word isn't all that interesting, but sometimes it's quite absorbing. Personally, I find it wonderfully logical to learn that activities so important to us today—speaking, singing, stitching together (we do this figuratively all the time)—have a common source. This demonstrates the connection between the things we actually do and the words we have to describe those things. And realizing that connection ought to encourage us to realize that language is not as abstract or arbitrary as we might think. Way down in the roots of English there is something bodily in the words we have, going back to times when we did more with our hands, when our experience of life was more hands-on, and our knowledge of the world around us didn't come from books or lectures, but from our physical interactions with the landscape, the weather, morning and night, our labors.

Now is a good time to consider our landscape and weather. The nights are getting longer; the shadows are lengthening. Change is in the air—literally and figuratively. We're all waxing poetic.

Your assignment:  write a poem called “Rhapsody End of Summer.” That's your starting point. The title introduces a "subject," but you can interpret this subject broadly—seriously or goofily or somewhere in between. Surprise yourself and your reader by taking this poem in a direction you don't anticipate. Use vital, dynamic, and sharp language—bodily and stark: it's best to make sweet music from hard sounds—that's a nice oxymoron for you. You should include two similes in this poem. The poem should be 12 lines long and each line should have 12 syllables, for a total of 144 syllables—a gross. 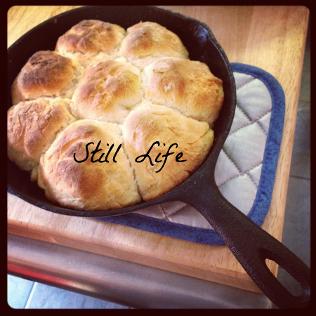