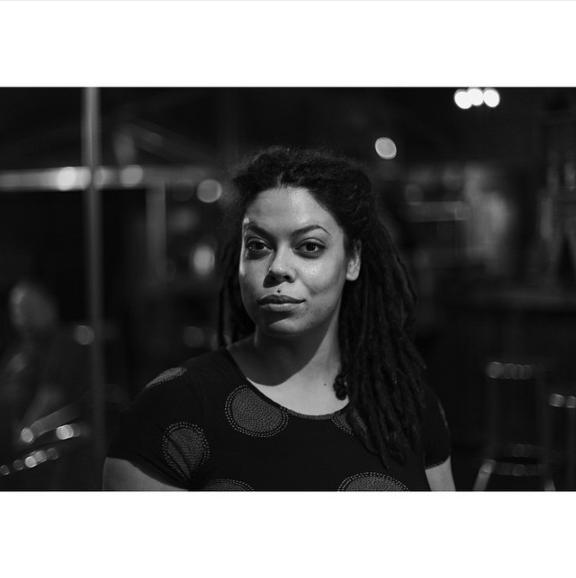 U.S. Poet Laureate Natasha Trethewey chose Joy Priest’s poetry manuscript, Horsepower, as the 2019 winner of the Donald Hall Prize for Poetry. Trethewey wrote that Horsepower is “a captivating display of might and elegance, a language of astonishing sinew through which the backdrop of place and a compelling life come into vivid focus. Undergirding these poems is a restless, resilient spirit: an urgent grappling with the desire to both remember and outrun the past, with history both personal and communal, and the complexities of American racism in its most intimate manifestation—familial love.”

Joy Priest, a native of Louisville, Kentucky, who grew up in the shadow of Churchill Downs, is the recipient of the 2020 Stanley Kunitz Prize. Her poems have appeared in the Academy of American Poets’ Poem-a-Day, The Atlantic, and Poetry Northwest, among others. Her essays have appeared inThe Bitter Southerner, Poets & Writers, ESPN, and The Undefeated. Priest has been a journalist, theater attendant, waitress, and fast-food worker in Kentucky, and has facilitated writing workshops and arbitration programs with adult and juvenile incarcerated women. She is currently a doctoral student in Literature & Creative Writing at the University of Houston.

We asked Joy to talk about her work as a poet and her work in Horsepower as well as the role of the artist in the midst of a global pandemic intensified by extreme racial and political division and unrest.

Still: The Journal:  Congratulations on the release of your debut poetry collection. Beyond the blurbs and official jacket copy, what do you want readers to know about Horsepower?
Joy Priest:  Poetry is the final articulation of a thing.
But I suppose, in terms of the book as an artifact—most of the feedback I’ve received so far is about how compelling the story is and how strong the sense of place is across the collection. I am very moved by this response, that people find it provocative, but I also hope that readers notice and delight in the craft of the poems.
I started working on these poems ten years ago in writing workshops at the University of Kentucky with Nikky Finney and Frank X Walker, and they began in the pursuit of craft knowledge and exploration. I’ve weaved a lot of little things into the poems, and I hope people go back and investigate the mechanics and find something new each time, which is how I hope poetry is always read.


Still:   Could you talk about your early life and what influences there brought you to writing poetry?
JP:   Well, the first several years of my life, the formative years, I was an only child growing up in the 90s. My mother was often at work. My primary caretaker and only friend was a man in his 60s and then 70s, my maternal grandfather, “Bob,” Robert E., but “pappaw” to me. We played board games and card games, worked puzzles, watched boxing and basketball and martial arts films. But you know, I spent a lot of time outside by myself, occupying myself, in the backyard or around the neighborhood. I think writing in my notebook was a substitute for companionship. 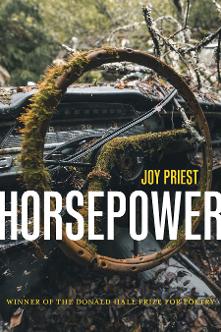 Still: The Journal:  We’re sure this question is one you’ve answered a lot lately, but would you talk about what it’s like to launch a book of poems in the middle of a global pandemic when the country is also reckoning with systemic racism, police brutality, and political corruption? And what are your feelings about the role of the artist in all of this?
JP:  Well it tragically confirms my suspicions and the epistemology of the Black child in me. Mostly right now, as a writer, I feel like my role is to bring attention to how language is being manipulated and meaning is being distorted until nothing means what we thought it did and words, now bereft of meaning, words emptied, are just being used to signal fear or obscure violence. What does it mean that the president can get up on the podium the week before the national election and state, as literal can be, lies? Just the opposite of reality, and it not even be shocking anymore, it not even be regarded, it not be disqualifying.
I think about James Baldwin saying in his lecture “The Artist’s Struggle for Integrity,” that “the poet is finally the only one who knows the truth about us: statesmen don’t, soldiers don’t,” etc. I believe he means that poets don’t have allegiance to institutions of power; our allegiance is to the truth.


Still:  Have you found that any of your poems from this collection may take on new/different meanings when read in this current climate?
JP:  I don’t know about taking on “new meaning,” I think there are many places where I felt that there was dormant meaning that has now been activated. For example, the last lines of “Abecedarian for Alzheimer’s”:

years, been taught to live that way: Black, unassuming

zipped up in history—a disease not even progress can cure.

I was thinking a lot about one of my favorite essays here, “Theses on the Philosophy of History,” by Walter Benjamin. He writes, “The tradition of the oppressed teaches us that the ‘state of emergency’ in which we live is not the exception but the rule. . . . One reason why Fascism has a chance is that in the name of progress its opponents treat it as a historical norm. The current amazement that the things we are experiencing are ‘still’ possible in the twentieth century is not philosophical. This amazement is not the beginning of knowledge—unless it is the knowledge that the view of history which gives rise to is untenable” (Theses VIII), and then in the theses after that he introduces the concept of the storm of “progress.”
When I decided on that last line, I think I was thinking about the disease of this country being white supremacy and that this idea of “progress,” which liberal politics—even Obama’s campaign—operates on, is not a cure: this idea that we can just chronologically progress away from Fascism without making any real intervention has been proven ineffective, and really helpful to Fascism, time and again. I’m also thinking about the progression of the disease, Alzheimer’s, and how it works on the grandfather’s learned white supremacy in this poem.


Still:  What is one poem from Horsepower that you particularly like? Tell us about that poem’s specific evolution, inspirations, achievements, or anything interesting that would help readers to know about that poem.
JP:  Oh, my favorite poem changes as I do readings and as I, now, am encountering the book as a reader. I think most recently I realized I really like the poem “Upon Reading James Lipton’s An Exaltation of Larks.” I read it for the first time in a reading with Tommye Blount and Ricardo Maldonado on a first-book panel for the Miami Book Fair, and I was like, this is better than I thought it was! Before, I was thinking it was the worst poem in the book.
I wrote this poem in response to reading Lipton’s book in which, motivated by his love for language, he explores the historical origin of collective nouns. Turns out they were like devised, in part, for Medieval hunting games or played some sort of role in this—go read it for yourself, this is a loose recollection—and he gets into, you know, this etymological investigation and somewhere along the way I realized that “love” and “hunt,” in English, are co-original from venery or veneration. This had such major implications for me as a woman in her 30s who hasn’t had much romantic success with men, and why. These concepts of “the chase,” “playing hard to get,” stalked, violence against women, “trophy wives,” etc. So much in language. I was thinking about how, as language is being socially constructed, it’s constructing our reality, determining our reality.


Still:  What have you created during the pandemic? Are you working on anything now? Could you tell us briefly about it?
JP:  I have created some healthy life practices, some healthy spiritual practices, around sobriety and well-being. Trying to move away from some conventional, but harmful because conventional, societal practices, grad school practices, capitalist practices around how we treat our bodies. I failed recently—I think I’m personally in, hopefully, the hardest portion of this long collective catastrophe we find ourselves in—but I’m back to this focus on a Whitmanian prudence—which I distinguish from an externally-imposed discipline—and what can be created as a result.
Just trying to write steady. Few poems here and there. Mostly just ideas and lines, ideas and lines.


Still:  Finally, we’d like to know what’s on your reading list. And what are you reading or what have you read recently that you’d recommend to others?
JP:  Playing in the Dark, Toni Morrison (if you teach Literature at any level, this is required reading); the first page of “Song of Myself” as a weekly affirmation; Fantasia for the Man in Blue, Tommye Blount; Looking for Lorraine, Imani Perry; Social Poetics, Mark Nowak; A Measure of Belonging: Twenty-One Writers of Color on the New American South, edited by Cinelle Barnes; White Blood: A Lyric of Virginia, Kiki Petrosino; “Poetry is Not a Luxury,” and “Uses of the Erotic,” Audre Lorde.
Tweet