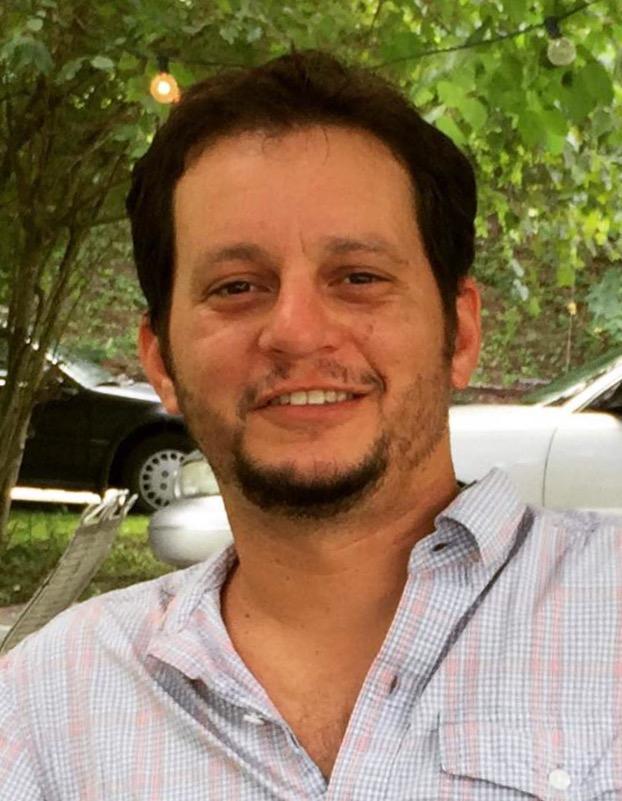 Toby Gibson is a social worker and musician who lives on the Vardy Valley side of Newman's Ridge in Hancock County, Tennessee. A board member of the Vardy Community Historical Society, Gibson recently took on a very different role when he became a producer of the film Echoes of Vardy, a documentary about the historic Vardy Community School, a Presbyterian mission school established in the Vardy community in the late-19th century. It was the only school that provided education to Melungeon communities living along the Tennessee-Virginia border. It remained a segregated institution until 1955 when integration was ordered.

Gibson’s essay, "The Melungeons of Newman’s Ridge: An Insider’s Perspective," (Appalachian Heritage, 2013), won the Denny C. Plattner Award for nonfiction. Gibson recently sat down with the editors of Still: The Journal to talk about the Vardy School documentary, his heritage, and more.

STILL: Tell us about the documentary film Echoes of Vardy: first, how you got involved in it and second, about the process of making it.

GIBSON:  The story of Vardy is almost too good to not be fiction. A group of amazing people came as missionaries to Appalachia. They came not only to one of the poorest and secluded areas of Appalachia, but to the poorest and most secluded people of that community. They gave the Vardy people an opportunity for education, and in turn, they thrived and improved every aspect of their personal lives and community. Even the Melungeon families were treated as equals and shown respect. These missionaries produced effects on our community that are being felt still today. We wanted to preserve the story of the people who were there and saw it with their own eyes. We wanted to record these people’s amazing story in their own words.

At the time I was first asked about the documentary, I was working on a piece for Appalachian Heritage and was interviewing a lot of people with connections to Melungeons and Melungeon heritage. After interviewing a few of the members of the Vardy Historical Society, they began discussing wanting to record the stories and history of the school and the effect it had on the community. With my personal connection, they must have felt like I was the right guy to tell the story. To say I had limited experience with documentaries would be kind. I was lucky enough the have a friend, Eli Hechmer, who grew up local in Hancock County. He and his business partner, Andy Feliu, run Loch and Key Productions in Knoxville, Tennessee. They have done production work for everyone from Bonnaroo and Forecastle to The University of Tennessee. Luckily, Eli was on board immediately because of his interest in the Melungeon story, so we were off and running. He brought in Lauren Fyfe who really breathed life into the project and went well above and beyond to make this project something we could all be proud of.


STILL:  What were your roles as producer in getting the story onto film and out into the world? How involved were you in the storytelling?

GIBSON:  I did everything from throwing crying fits at board meetings to building fires in Mahala’s old cabin for the crew. I really had no idea how much work it would be in the beginning. We tracked down old students and scheduled them for interviews about their time at Vardy. The stories were there; we just had to figure out how to bring them all together and bring out the little extra things that brought them to life.

Claude Collins and Druanna Overbay still give tours and tell about their time at Vardy. I have watched them both tell the story more times than I can count, and every time it’s different and I’m totally caught up in their memories. Claude’s childhood home is very close to where I live now. He walked off the Ridge to Vardy every day. Druanna’s parents both taught at the school and lived on the campus. No one can talk about Vardy like those two. We just took their stories and built from there.


STILL:  How do you see the Vardy story in the larger Appalachian story of cultural identity and stereotyping?

GIBSON:  Every student we talked to said the same thing: everyone was treated fairly, equally and with respect. The Melungeon families especially were given opportunities they could not have dreamed of before. There were times they couldn’t own land or vote, so you can imagine how poor their educational options were, if they had any at all. Many families took advantage of this chance and improved not only themselves, but also their community. These people who were looked down on and viewed as ignorant and backwoods were able to prove they were anything but that. It was anything but segregation, and all involved improved.

Time has dulled the edge of discrimination,
but a dull axe is still an axe.

STILL:  What are the stereotypes that still persist about Melungeons?

GIBSON:  That depends on if you’re asking about the people who trace their heritage and find a Melungeon connection and come to the local celebrations and programs or those families that still live with discrimination but somehow missed out on the celebration of Melungeon heritage. The latter still face some of the same stereotypes as most minorities: lazy, untrustworthy, poor, and uneducated.


STILL:  In the opening of your essay, "The Melungeons of Newman’s Ridge: An Insider’s Perspective," you not only explore how your own life has been impacted by being a descendent of Melungeons, but you also give a remarkable history on the subject. Is this something you've been researching for a long while?

GIBSON:  It’s always been in my life. From the time I was young, people would come interview my dad and test his DNA. He has always been proud of our heritage and was happy when I showed interested. I’ve never thought of it as a topic of study honestly. It’s always been just looking for my past. It’s always been something different than academic for me.


STILL:  You've said that "Time has dulled the edge of discrimination, but a dull axe is still an axe."  We love that.  Can you talk about discrimination you've faced both within the region and outside of it?  Do you think it's more prevalent within Appalachia than other places?

GIBSON:  My father and mother both worked very hard and provided me opportunities they didn’t have. They both grew up very poor. My father’s family were sharecroppers and my mother’s family farmed and logged and did various things to make ends meet. My maternal grandfather was a great gospel singer and picker. He and his family traveled around singing at churches, and they had that sweet mountain harmony that everybody loved. They were popular in local areas and in Virginia and Kentucky. Between that and my father being a pastor, I was provided with a much easier upbringing than they experienced. My neighbors were not as lucky as I was. They were pushed to the back of classes and overlooked, always the first blamed for trouble and the last given a chance. When I was writing the article for Appalachian Heritage I was writing angry. At the time, I had a friend who was getting railroaded by the local courts and law enforcement. He got years on trumped up charges where others got a slap on the wrist and sent home. He was from the Ridge, not one of the Melungeons celebrated at Vardy.


STILL:  Think you might ever do a book on Melungeons?  The essay is so good you should think about it.

GIBSON:  I would love to do a book and I hope to one day. Right now I’m still working on the craft of writing. I really hope to do a book, but I don’t feel I’m ready just yet.


STILL:  To our knowledge, the only time Melungeons have been portrayed in a feature film just occurred with the recent release of Adriana Trigiani's Big Stone Gap. How did you feel about the way the film portrayed your people?

GIBSON:  I was extremely happy with how Melungeons were portrayed in the film. Literature has not always been so kind to Melungeons. I think it gave an honest depiction of the discrimination during that time. I loved that Pearl and her mother were portrayed as intelligent, strong people. I really connected with the characters and think they did a great job.


STILL:  In the Big Stone Gap film there's a great scene where someone identifies as a Melungeon, leading several other people in the room to claim that they are also part Melungeon. Do you find that it's now the "popular" thing to do to claim Melungeon ancestry?

GIBSON:  Oh yeah, today everyone passing through has a Melungeon great-great grandfather and full-blooded Cherokee great grandmother. I love to see people so interested and wanting to be part of Melungeon heritage.


STILL: What are the best books to read to learn more about the Melungeon people?

GIBSON:  The best nonfiction would have to be Wayne Winkler’s Walking Toward the Sunset: The Melungeons of Appalachia and Druanna Overbay’s Windows on the Past: The Cultural History of Vardy, Hancock, Tennessee. Fiction would have to be Jesse Stuart’s Daughter of the Legend. Mr. Stuart actually spent some time at Vardy. Druanna Overbay’s father was his college roommate, and we have a handwritten poem he wrote sitting on the steps of the old church. The poem is one of my favorite things in the Vardy museum.


STILL:  One last question that's a bit off the subject, but we know you are a great music lover. What singer/band would you like to recommend to everyone out there reading this?

GIBSON:  I’ll give you the same answer I have been giving for years: If you haven’t sat down with a Scott Miller album, do yourself a favor and pick up or download a couple tonight. His lyrics are as brutally honest as they are beautiful. I remember when he started putting solo stuff out, and I thought, “that’s what is in my veins, that’s the blood of Appalachia.” I would have to describe him as The Boss’s and Woody Gutherie’s love child. He is a man that has stayed true to his art and is my voice of Appalachia. 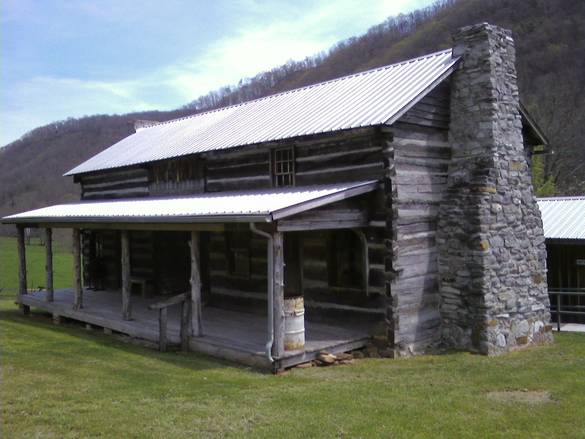