This edition of Still Life features a poetry lesson and prompt from celebrated writer Erik Reece.

Erik Reece is one of the region's most acclaimed nonfiction writers.  He is the author of Lost Mountain: A Year in the Vanishing Wilderness; Radical Strip Mining and the Devastation of Appalachia and An American Gospel: On Family, History, and the Kingdom of God. He edited Field Work: Modern Poems from Eastern Forests and has also written for Harper's Magazine, The Nation, and Orion Magazine. He is currently the writer in residence at the University of Kentucky in Lexington, where he teaches environmental journalism, writing, and literature. His newest book, Utopia Drive: A Road Trip Through America's Most Radical Idea was published July, 2016 by Farrar, Straus, and Giroux.

When the Russian poet Joseph Brodsky was serving prison time—as poets will—under a totalitarian regime, he invented for himself this ingenious writing exercise.

Brodsky had with him a book of poems by W.H. Auden and a notebook. He would write the first line of an Auden poem at the top of a page and the last line at the bottom. Then, without having read the poem, he would attempt to fill in what was between. Brodsky wanted to teach himself to write poetry in English by imitating an English master of formal verse, and he wanted to become a better poet.

When he had finished his poem, he compared it to Auden's. He compared the imagery, the rhyme scheme, the thematic unfolding, the voice. And that was how Joseph Brodsky, who eventually immigrated to the United States, became a very arresting, Auden-esque poet of the English language.

Here is how I adopted Brodsky's exercise for my poetry students. I hand out a sheet of paper with one line of poetry at the top and one at the bottom. Only white space in between. The top line reads: "'What kind of man are you?' people ask." For female students, their handout asks "What kind of woman ...." The last line reads: "a man-god, a god-man whose days are numbered. Hallelujah." These line come from the poem, "What Kind of Man," by the great Israeli poet, Yehudi Amichai.

Next I ask the students to fill in the missing lines—how they think the poem might go, how they might answer that question for themselves. When they are finished, we read some of their poems aloud. Then we read the actual poem by Amichai, which can be found on page 393 of The Poetry of Yehuda Amichai, edited by Robert Alter.

Amichai's poems are rich in the imagery of the Israeli landscape and the Jerusalem cityscape. Though his themes were often love and war, Amichai was suspicious of the "large statement" and he always grounded him poems in the concrete ("I am a man with a complex network of pipes in my soul"). He was a master of the commonplace yet startling metaphor ("I'm a heavy and clumsy pestle/that mashes good and evil together"). My students and I discuss these things as we parse "What Kind of Man."

I ask the students to compare their poems to his.

Then I ask them to rewrite their own drafts in light of Amichai's poem and our discussion of it.

What emerges are much better poems, along with a greater understanding of what makes a good poem. 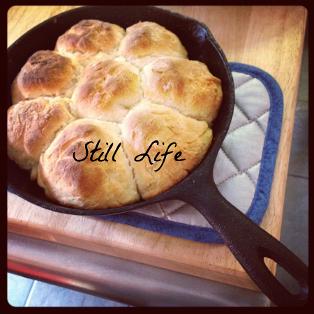