Randall Horton’s new book of poems is {#289-128} (University Press of Kentucky, 2020), titled after his Department of Corrections number while incarcerated at Roxbury Correctional Institution in Maryland. We asked Randall if we could excerpt his chapbook-length memoir, Roxbury, which details his beginnings as a writer, and how finding his voice while incarcerated gave him “a love affair with words.”

Randall is the recipient of several literary prizes and honors, including the Gwendolyn Brooks Poetry Award and a National Endowment of the Arts Fellowship in Literature. He is on the Advisory Board of Pen America’s Pen Prison Writing Program and was selected as Poet-in-Residence for the Civil Rights Corps in Washington DC, a non-profit dedicated to challenging systemic injustice in the American legal system. Randall has conducted workshops, lectured, and toured numerous adult and juvenile detention centers across the nation to provide encouragement and hope for those entangled within the legal system and is interested in eradicating the language of incarceration that tends to re-criminalized those entangled in the legal system.

Randall grew up in Birmingham, Alabama, is a member of the Affrilachian Poets, and Professor of English at the University of New Haven. In addition to {#289-128} and Roxbury, he has published three other poetry collections and a memoir. 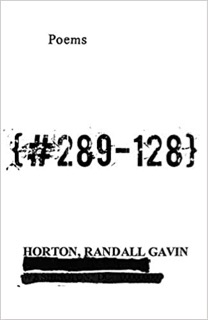 Let Words  Be Our Healing Power
(excerpted from Roxbury, a memoir by Randall Horton, Kattywompus Press, 2012.
Used with permission of the author.)

I stood in the day room with an orange jumper tied at the waist, the sock slit between my big toe and smaller one lodged into a pair of county issued flip-flops. I listened to Pat Parker tell me and a group of twenty inmates how she was going to let words be our healing power. She wanted us to get in touch with those traumatic experiences that brought us to this place we called “the bricks.” The concept of Jail Addiction Services (JAS) was to place inmates in an environment away from the day-to-day brutality of prison life, where everyday a homemade shank lurks inside someone’s hand. In JAS, inmates could share their life experiences and hopefully find threads of commonality with which to address behaviors of aggression and deviancy. The main reason I applied to participate in this program was because I heard an inmate could get time reduced from their sentence. I was facing a total of eighty years, so to me it was a matter of pure mathematics.

Pat Parker was big-boned, brown skinned, and every Thursday she led a discussion around the dynamics of group interaction and how we inmates could possibly benefit from written dialogue. The first assignment she gave was a series of questions that took an introspective look at our behavior. She very methodically explained that in order to get to the root of pain and trauma, there had to be some kind of outward expression that originated internally, and that placing words on the page can free one of mental guilt. Maybe she was talking to me when she said those words. I had not talked to my family in six months, and they did not know I was incarcerated. I would be sentenced soon and knew I needed to call and make amends to those who loved me the most. The thought of my letting them down once again was the source of constant pain and agony.

That night by the half glow of a quarter moon outside my cell window, I stared at two simple questions on the sheet of paper Pat Parker had given me. The first one was: “Do you feel that an interpersonal relationship has been broken between you and your parents?”

My parents have been greatly disappointed by my life choices, my self-destructive nature and my inability to grasp the concept of life and its responsibilities. During our on-again-off-again, sometime tumultuous, sometimes joyous relationship, our ties have been severed because of my inexcusable and self-destructive nature. My actions over the years have slowly opened a deep wound, inflicting tremendous pain on both parts; only each time, my parents’ unyielding love outweighed the lacerations I created. Their love for me outstretches the feelings of bitterness and hatred that might have been embedded in their hearts. However, it is difficult for me, after all the forgiveness and open-heartedness they have shown me, to have a relationship without feeling some sort of guilt. They did not, and do not, deserve to endure so much humiliation on my behalf.

Those words flowed effortlessly and honestly, and for the first time in a long time I cried. My once secreted tears fell softly onto the yellow legal pad as I transcribed my guilt.

The second question was just as tough as the first: “Do you feel worthless as it relates to your current situation?” For the first time in a long time, I was being forced to examine the real me:

As I meditate and search within myself to locate the reasons why I am incarcerated, I know that I have not been all that I could have been up to this point in my life. I have shortchanged and deprived myself of the quality of life that comes with accepted social behavior. However, to call myself worthless wold be to start putting nails in my coffin. I am not resolved to giving up and accepting that my life will only consist of drugs, hustling, repeated failure, prison, and eventually death. My mind cannot conceive of such a notion. Call it vanity, arrogance or whatever you must. I categorize it as a will and a never-ending desire to change, to want a better way of life; especially one that I know is obtainable.

At the following group session led by Pat Parker, I read the answers to those questions just as I’d written them on paper. For the first time in a long time, I had finally gotten gut-wrenchingly honest with myself. I actually believed the words coming out of my mouth. The exercises she gave me created a love affair with words. For the first time in my life, writing became something I craved.

I began to read more books from the prison library, starting with The Autobiography of Malcolm X written by Alex Haley, Nathan McCall’s Makes Me Wanna Holla, and Carl Upchurch’s Convicted in the Womb. Each one of these authors spoke to me as if they understood the jagged path I had taken. For instance, in The Autobiography of Malcolm X, I identified with Malcolm’s street persona before prison. I had snorted cocaine, been a two-bit hustler and part-time pimp; we were practically kindred spirits. As Malcolm rose in the text from prison to become one of the most respected men in American history, I rose with him in the confinement of my cell. The famous picture with Malcolm looking out the window with an M1 Carbine in his right hand, barrel turned up and the trigger finger cocked at the ready, became a recurring image in my head.

I began to fall in love with language and likened Malcolm’s transformation to the one occurring with me at Montgomery County Detention Center. I had swift-talked people out of their money, distributed drugs within the community I claimed I loved and, perhaps, a jail cell would have been the only way to prevent the impending train wreck. Malcolm, along with Upchurch and McCall, inspired me to want to be a writer. Their books became guides on how to properly use punctuation, grammar, and syntax, which was a skill I failed to master in college because I did not take reading and writing seriously. I was too occupied with being introduced to cocaine and drug smuggling, and so my grades slipped until I slipped out of college with less than one semester to graduate.

Now I craved reading and the passport to other ideals it offered. I would read so much that when I fell asleep and dreamed, I would reenact the stories and scenarios I had read earlier in the day. I was McCall running across the yard to join in the fight with Pearly Blue and Joe Ham but I would hesitate, because I understood I needed to distance myself from my past and make good decisions. I was Upchurch undergoing “deniggerization,” taking college courses in prison, discovering the likes of Shakespeare, James Baldwin, Dostoyevsky, Mark Twain and other writers. The narrators of these books came alive; their dialogue and self-reflections, as if part of my consciousness, showed me the proper placement of verbs and nouns to create cohesive sentences that would untangle my voice and give me speech. 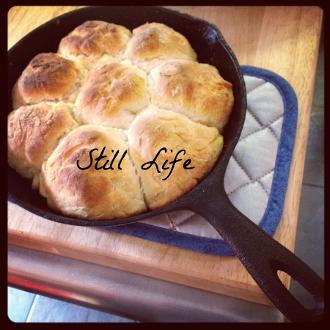