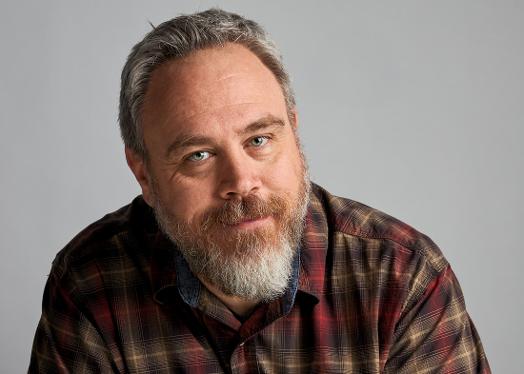 Our fiction editor recently talked with Wesley Browne about his new novel, Hillbilly Hustle, (West Virginia University Press, 2020). Kirkus Reviews called Hillbilly Hustle "a top-notch debut with a winning narrative voice and unexpectedly multidimensional characters,” and it has gained fans from writers such as George Singleton, Frank Bill, Hannah Pittard, and many others.  This interview is an edited version of their public conversation at Joseph-Beth Booksellers in Lexington, Kentucky in late February, 2020, to celebrate the book’s release.

Wesley Browne is the founder and host of Pages & Pints Reading Series at Apollo Pizza in Richmond, Kentucky. He lives with his wife and two sons in Madison County, where he practices law, co-owns and helps manage local restaurants and a music venue, and coaches sports. Hillbilly Hustle is his debut novel.

Silas House:  What do you want readers to know about Hillbilly Hustle?
Wesley Browne:  My family became the co-owners of Apollo Pizza in 2012 after it had been closed for some time, and I was good friends with the previous owner before he passed away. It wasn’t something he and I talked about—and I don’t know if he had anything to do with it—but there was this open secret in Richmond that you could buy marijuana at the restaurant. The cops ignored it; as long as it didn’t cause trouble, they let it go. I have some of those stories in the book but I also let my imagination go wild. I was at the Appalachian Writers Workshop that year—I attended five years in a row—and I was in a workshop and we were supposed to develop a protagonist and so I started to work on the character of Knox Thompson, the owner of the pizza shop. I thought a pizza place that sold pot was a good premise for a novel. That was about six years ago. I just hope readers will have fun. It’s dark, but not too dark, funny but not intended to be straight comedy. I tried to make it a fast read in a way that you could pick it up and have fun for a few days, then say “Wow, what a ride.”


House:  You’re dealing with scenarios and characters that could so easily fall into stereotype, but you keep that from happening. The book is really honest about the region but also isn’t presenting tropes. Just when the reader thinks their assumptions are right, you pull the rug out from under them. I like the way you explore the complexities in the book. Can you talk about the way you addressed stereotypes and took them head-on?
Browne:  So, the way I write, if I write about average people, I don’t have a whole lot to say, so I have to write about characters living on the edge. That feeds what I find interesting. But at the same time I didn’t want to devolve into what a lot of books and the media think of the region. I went out of my way to try to really home in on that. I kind of go back and forth. I give both pictures, I hope. I wrote the world I live in and I find that more interesting, in particular because of some of what has gotten attention recently.

I really do think that to get all the facets of the region in literature, you have to have more than one perspective. I’ve been here since 1996, that’s more than half of my life. I feel like I have a good feeling of what my home state is now, but I know I see it differently than a lot of people. I’m going to own that and not take that as a bad thing. 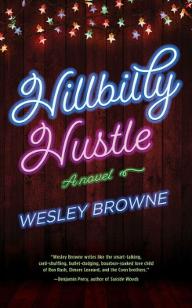 House:  You’re not from Kentucky, so people are waiting for you to fail at this. I was (Laughter). I’m always a little suspicious of somebody from “Off,” so that impressed me about the book, that you refused to simplify it. You didn’t romanticize or vilify it either one, so I appreciated that.
Browne:  In some ways I think I was being more cognizant of some of these things than a native might be. I really do think that to get all the facets of the region in literature, you have to have more than one perspective. I’ve been here since 1996, that’s more than half of my life. I feel like I have a good feeling of what my home state is now, but I know I see it differently than a lot of people. I’m going to own that and not take that as a bad thing. Some writers are from here and leave and come back. Some are natives and so that’s another perspective that looks in such a close-up and important way. I think all these different viewpoints are important.


House: Can you talk about what you gained from the Appalachian Writers Workshop at the Hindman Settlement School?
Browne: Hindman was magical for me. I’m a lawyer by trade and that’s how I earn my living. I had this perception that if people knew I wrote on the side people would think I was flaky, that it was just a hobby. But a friend of mine found out I was a writer and he told me that his wife, Carrie Mullins (author of Night Garden), went to Hindman, and that I should go. I had no idea what a big deal it would be for me.  Most of my best friends now are people I met there. I was very excited to go. I met you, and Gurney Norman. Robert Gipe took me under his wing. The first night I was there, Gurney held court, and he picked me out as someone new, and he kept asking me questions. He likes to tell stories and hear people’s stories. For me, quite frankly, it was a life-changing experience. My life completely flipped after I went because for the first time I had friends who had the same interests and passions that I did. Always before I loved music and books that none of my friends cared about. But then after I went to Hindman, I had all of these friends who had these similar interests. I learned the craft, but I also became part of a community. I felt funny about it because I’m not native to the region. I thought “This isn’t mine” but I was welcomed in and people made me feel at home.


House: When people think about Appalachian Literature, they think about the far past, and I really love novels that show Appalachian people living in the modern world. Do you feel that a lot of Appalachian Literature tends to look backward?
Browne: That was something that I tried to do very specifically. I wanted to use a lot of pop culture references, but not force them in there. I went to the Tin House Workshop, and Benjamin Percy explained to me about the objective correlative. I had these scenes where Darla and Knox would get high and watch My So Called Life and Percy thought that needed to come out more, throughout. They discuss Blues Clues, and people are texting. Those are a couple throwback references but there are a lot of more recent ones in there, too. I think that’s important in breaking stereotypes—to show how things are in the present day in Kentucky because looking-back books can feed a false impression. For some reason people who haven’t spent time here don’t get that we share many of the same things mundane things in our daily lives. They think it’s like some stunted place that isn’t plugged in, but in fact we’re consuming the same media and doing the same stuff people do all over. I think it’s entertaining to chip at the misconceptions just a bit. Maybe I fixate on that more because I’m not from Kentucky, but I like to subtly subvert those mistaken beliefs.


House: I love your taste in music and the way you think about music. I’m wondering if there were specific musicians who you were listening to a lot when you were writing this, or ones that influenced the book.
Browne: We have a little pizza place and music venue in Irvine called Steam Engine Pizza, and one of the first people to play there was Tyler Childers before anyone really knew his work. I was listening to (his album) Purgatory a lot while I was writing the book. Sturgill Simpson. The Honeycutters. Wayne Graham is a really underrated band from around here and I was listening to at the time. The lead character becomes heartbroken at a certain point in the book, so I listened to a lot of music to feed that. A lot of Tom Waits and Arlo McKinley. McKinley just bleeds when he sings. I listened to the Tiffany Williams EP a lot during revisions. There are others, but those are the main ones that spring to mind.


House: Unfortunately, the pandemic really did a number on your touring for the book, but you still must have talked to lots of people who have now read the novel. What has been your favorite feedback?
Browne: About my favorite feedback is something we already touched on. People from Kentucky have told me they found the book authentic. Maybe it’s a little different vibe than they usually see written about the place, but that vibe rings true to them. The other feedback we haven’t talked about is comparisons to movies and TV. I absolutely tried to emulate that kind of storytelling. I was shooting for something fast-paced and engrossing, driven by characters and dialogue, like something you’d watch. Merriam-Webster Dictionary published this piece where they compared Hillbilly Hustle to Uncut Gems. I loved that. I’ve heard that one more than once. I also get The Big Lebowski, and Ozark a lot. That’s all good company for me. It makes me feel really good. I didn’t write for critics or awards panels or anything like that—not that those are bad things—but I wrote for readers who like what I like. Real people, tension, humor, and action. Every time I hear one of those comparisons I feel like I hit the mark. 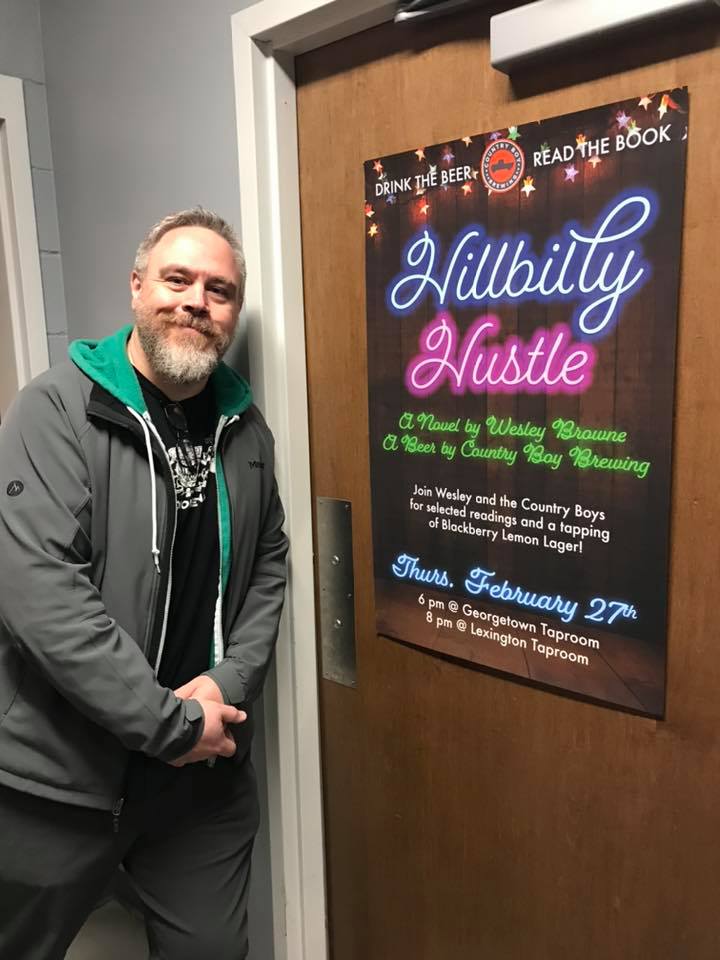